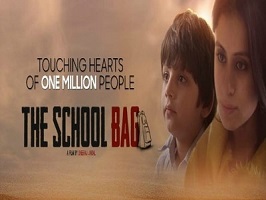 The conference named as COP23 is being held to further the provisions of the Paris Agreement, and achieve results in the execution guidelines.

The Paris Agreement is meant to make sure that the average surface temperature all over the world does not rise above two degrees Celsius, compared to pre-industrial times.

To achieve this goal, countries have promised under the Paris Agreement to take a variety of self-determined actions to restrain the current rate of global warming.

Named after the Chinese term for the plough or the Big Dipper constellation, the BeiDou project was formally initiated in 1994.

If everything goes according to the plan, China will become the third country in the world after the US and Russia to operate its own navigation system.

During the course of this meeting, Mamady Toure handed over Guinea’s Instrument of Accession to the India-initiated International Solar Alliance (ISA).

The International Solar Alliance is an alliance of countries which are located completely or partly between Tropic of Cancer and Tropic of Capricorn.

Indian short film ‘The School Bag’ is about a story based in Pakistan.

The plot is based in Peshawar and is about the relationship between a mother and her seven-year-old son who wants a new school bag on his birthday.

Actress Rasika Dugal has played the mother role. The film was directed by Dheeraj Jindal.

Revenue Secretary Hasmukh Adhia is appointed as the new Finance Secretary of India.

Hasmukh Adhia is a 1981 batch IAS officer of Gujarat cadre. He replaces Ashok Lavasa whose term ended on 31st October 2017.

He has played a key role in implementing demonetisation and Goods and Services Tax (GST).

This Championship is held among Commonwealth countries and is considered as a test event for the Commonwealth Games.