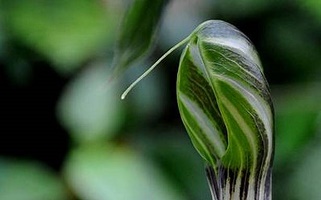 The incredibly rare Arisaema translucens, more commonly remembered as the cobra lily, was recently rediscovered in the western Nilgiris after 84 years.

What you need to know about cobra lily?

Barely a few hundred cobra lily plants are left in the wild and they can be found only in a small area measuring less than 10 square kilometres in the Nilgiris.

This is probably the only member of the Arisaema family to have a translucent spathe (permitting light to pass through but diffusing it so that objects on the opposite side are not clearly visible).

ISA Framework pact was initiated by the Indian and French Governments at the climate change summit held at Paris in 2015.

Five more nations, from Africa, — Comoros, Cote d’Ivoire, Somalia, Ghana and Djibouti — have committed to sign the pact during the ongoing meeting of the African Development bank in India.

What you need to know about Nauru?

Formerly known as Pleasant Island, Nauru is an island country in Micronesia in the Central Pacific.

With 10,084 residents in a 21-square-kilometre area, Nauru is the smallest state in the South Pacific and third smallest state by area in the world, behind only Vatican City and Monaco.

The alliance brings together developed and developing countries, governments and industries, laboratories and institutions in a common enterprise.

The new body will function from the National Institute of Solar Energy in India, Gurgaon.

The Union Government of India has announced that it will provide land and $30 million to form a secretariat for the Alliance, and also support it for five years.

The International Day for Biodiversity (IDB) 2017 was celebrated all over the country on May 22, by different States and various organization.

The International Day for Biological Diversity was first established in 1993, when the 29th of December was selected to serve as the day to educate the world of the importance of Biodiversity.

This was later changed to the 22 of May in 2000. Too many winter holidays were interfering with countries holding meaningful celebrations.

India is no. 2 stainless steel producer in the world

India has emerged as the second largest stainless steel producer in the world after China.

India toppled Japan in the year 2016 according to the figures disclosed by International Stainless Steel Forum at a conference held in Tokyo, Japan, recently.

The ban will be in place until a government appointed committee decides how much sand can be safely mined from the river without causing any damage to it.

The committee which will recommend the state government measures for scientific mining will be headed by MP’s minister for mineral resources, commerce and industry Rajendra Shukla.

Bollywood actress Jacqueline Fernandez has been awarded the International Humanitarian Award for her work in India at the second annual Asian Voice Charity Awards.

The event, which recognizes charities making a difference across the world, presented awards across different categories.

Jacqueline Fernandez (born 11 August 1985) is a Sri Lankan actress, model, and the winner of the 2006 Miss Universe Sri Lanka pageant.

She graduated with a degree in mass communication from the University of Sydney, and worked as a television reporter in Sri Lanka.

Rohan Chakravarty, a wildlife and environment cartoonist from India, has won WWF International President’s Award 2017 for his efforts to change attitudes towards nature.

The award is the top honour given by WWF (World Wildlife Fund) to recognize leadership in young conservationists who are under the age of 30 from around the world.

The award ceremony was held recently in Manado, Indonesia.