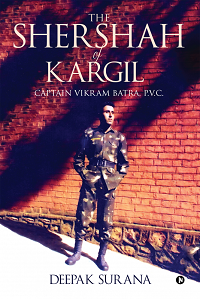 “The Shershah of Kargil” is a biography of Kargil war hero Late Captain Vikram Batra.

The Central government has launched a LPG Panchayat as a backup to the Pradhan Mantri Ujjwala Yojana to distribute LPG connections among the rural areas where conventional fuel is used for domestic purposes.

The LPG Panchayat is used for create awareness about the LPG uses and its utilities.

And provided the details about the safety and efficiency, health benefits, positive impact on environment, economic development and empowerment on usage of LPG connections.

About the Pradhan Mantri Ujjwala Yojana:

President Ram Nath Kovind will make his first foreign trip as head of state to the strategically-significant African continent in the first week of October.

The President will visit to Ethiopia and Djibouti.

Addis Ababa, the capital of Ethiopia is the seat of African Union, had hosted the first India-Africa summit outside India in 2012. There are more than 540 Indian firms in Ethiopia.

National Conference on Child Labour being organized by Ministry of Labour & Employment.

At this conference, the PENCIL portal was launched by the central government.

Children are valuable assets for any country who need to be nurtured for the better future of the country.

The census 2011 showed a substantial decline in child labour as compared to the data of Census 2001.

But a lot is required to be done to protect their childhood.