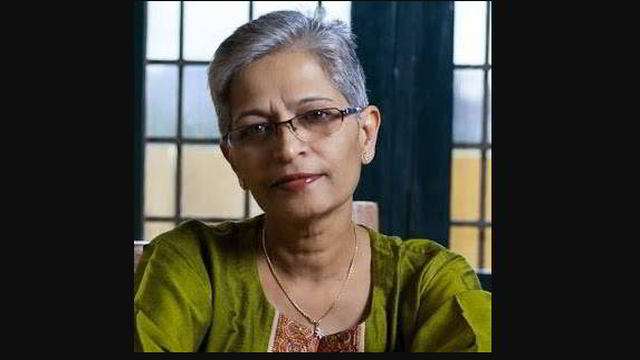 A joint military Exercise Yudh Abhyas-2017 will be conducted at Joint Base Lewis McChord, Washington, the USA from 14 to 27 September 2017 between India and the USA.

It is one of the largest joint running military training and defense corporation endeavors between India and USA.

This is the 13th edition of the joint exercise hosted alternately between the two countries.

Hurricane Irma is the most powerful hurricane ever recorded over Atlantic Ocean.

It is the first Category 5 hurricane to impact the northern Leeward Islands of Antigua on record.

National Hurricane Center (NHC) of the United States began monitoring a tropical wave over the western coast of Africa from 26 August 2017.

Category 5 hurricanes are rare and are capable of inflicting life-threatening winds, storm surges and rainfall.

Gauri Lankesh was a journalist and activist who worked as the editor of Kannada weekly ‘Lankesh Patrike’.

She was known in Karnataka and beyond as a firebrand journalist and her voice was among the most courageous anti-establishment voices in Karnataka.

Gauri was also known for being a critic of right-wing Hindu extremism.

She was one of the few female editors in Kannada press.

She was shot dead outside her residence in Bengaluru in the evening of 5 September 2017.

DIKSHA (diksha.gov.in) is the name of the new portal launched by the Human Resource Development (HRD) Ministry on 5 September 2017.

The primary objective of this portal is to provide world class digital infrastructure for the teachers and make their task easier and more fruitful.

Diksha portal will aid teachers to learn and train themselves for which assessment resources will be available.

It will help teachers to create training content, profile, in-class resources, assessment aids, news and announcement and connect with the teacher community.

The International Literacy Day is celebrated on 8th September every year throughout the world.

On this day, in the year 1965 the World Congress of Ministers of Education met in Tehran for the first time to discuss the programme of education at the international level.

The UNESCO in its 14th Session in November, 1966, declared 8th September as the International Literacy Day.

Since then, ILD is celebrated on 8th September every year by most of the member countries.