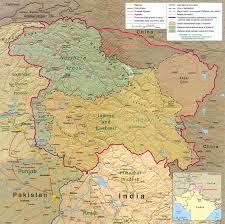 Commission to talk all in Kashmir

The all-party commission visited Jammu and Kashmir and gave the report jointly which asked the central and state government to take steps for talking with all persons who have concern about J&K and requested the people of Kashmir to involved in talks and discussions than act violently to resolve the problem.

This commission is headed by Union Minister Rajnath Singh.

The Supreme court ordered all states and union territories to upload the FIRs (First Information Report) within 24 hours.

This order exempted for the cases such as child abuse, insurgency, sexual offense and terrorism. These cases has to be away from the public eye because of the privacy reasons.

Reason for this order:

It is aimed at upholding the right of an accused to information and putting a check on the authority of the police to deprive a person of his liberty.

The flexi fare system which is followed by the airlines will be implement in trains of Rajdhani, Duronto and Shatabdi.

About the new system:

The base fare of the ticket will get increase from the initial fare with increasing demand.

This new fare is not applicable to 1st AC and executive class coaches.

The Government has launched a new service- integrated Digilocker with Driving licenses(DL) and vehicle registration certificates(RC).

What is Digilocker service?

Digilocker system launched by the last year which aims to empowered the society and economy digitally.

If one sign up for the digilocker, they get their individual cloud space for their important documents and from their they can access it.

In this, Instead of using physical copies of RCs and Driving licenses, one can access digital copies of that in their mobile phone through Digilocker mobile app.

Insurance over accidents on train

It is purely an optional plan which will be decide by the passengers who are booking tickets through IRCTC website.

It is not applicable for the children under the age of 5 years and foreign citizens.[/vc_column_text][/vc_column][/vc_row]