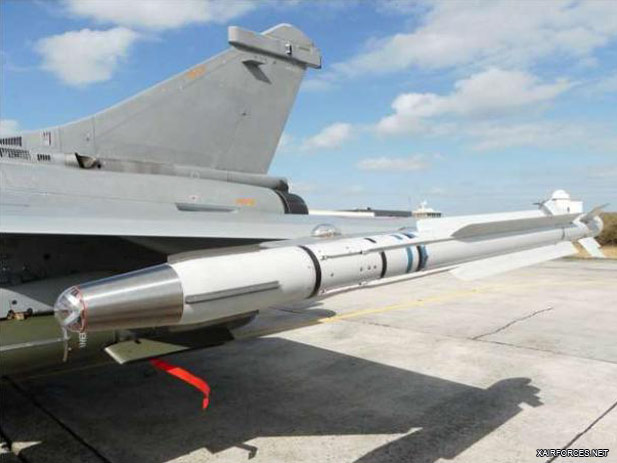 MICA is much smaller than the actual aircraft and flying in a low altitude which was newly acquired from france.

The MICA missiles are have the capability of high level of flexibility with multi mission, multi target Beyond Visual Range capability, Enhanced short range performance and range of 50 km operational range.

This MICA missile will be placed on 36 Rafale jets that india is purchased from france.

The joint military exercise of India and Russia performed in Ussiriysk District in Vladivostok, Russia.

This exercise will helps to boosting the cooperation between Indian and Russian navies.

Live fire drilling, air defence and anti submarine operations and also counter action against piracy, terrorism and drug smuggling operation were carried out during this exercise.

Russian defence minister Sergei Ivanov proposed this one of the most important bilateral exercise in 2003.

In the Second meeting of SAARC Anti Terrorism Mechanism, all are agreed to strengthen efforts to Anti- Terrorism.

SAARC countries discussed about important issues and sharing of their monitoring system, real time exchange of information, and importance of regional cooperation in tackling menace of terrorism.

Dsrugs trafficking, financing of terrorism and cyber crimes, suicide terrorism, counter radicalisation, corruption and money laundering were the other important topics discussed in this meeting.

WE WILL GET DENGUE VACCINE SOON IN INDIA