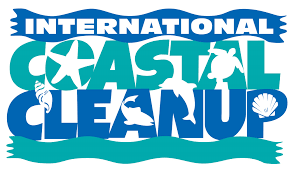 It will cover around 280 km of coastline in Tamil Nadu and Puducherry.

ICC was started by the OCEAN CONSERVANCY in 1986 at USA.

It was launched in India on 2009 by Indian Maritime Foundation (IMF), Chennai branch.

To create awareness among the coastal community especially fishers to keep coastal line clean and protect coastal habitats safely along with natural resources.

Tamil Nadu CM writes to PM indicating issues in Dam Safety Bill and also seeking him to direct the Ministry of Water Resource to reconsider the proposed the legislation.

The Bill seeks to provide for the surveillance, inspection and operation of all dams of certain parameters to ensure their safe functioning.

Every dam owned by a public sector undertaking or any institution owned by the government is within the scope of this law.

A National Committee on Dam Safety is to be established with the Chairman, Central Water Commission as the Chairperson and at least 11 other specified members. It shall meet at least twice a year.

Under the scheme, Tamil Nadu has the highest percentage of women enrolled.

Among the districts, Chennai has the highest number of enrolment.

It is the central government agency of India which collects the database of the residents and issue Adhaar card, a unique identification number to each resident.

It is considered as the World’s largest identification number project.

NITI Aayog has submitted its report on a road map for eliminating the poverty line to the Prime Minister’s Office (PMO) and it suggested to set up the new committee to identify people below poverty line (BPL) and also suggested the states to participate to defining the BPL population.

The National institute of transforming India(NITI) is a Government body which is established on Jan. 1, 2015 by India’s Prime Minister to replace planning commission.

The Chairman of NITI is Prime Minister and its 1st meeting was held on Feb. 8, 2015.

Angelique Kerber got Grand slam title for the second time in this year and achieved World’s No.1 by won US Open.

Dalco, a train between Delhi and Mumbai ran successfully in its last test attempt.

It reaches Mumbai from Delhi by 12 hours.