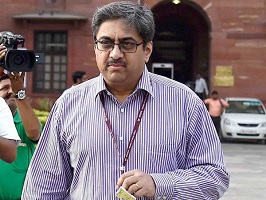 The U.S. has announced its withdrawal from the United Nations Educational, Scientific and Cultural Organization (UNESCO).

Besides the US, Israel has also decided to pull out of UNESCO.

As required by law, the U.S. has stopped funding UNESCO. The U.S. withdrawal will take effect on December 31, 2018. Until then, it will remain a full member.

Why the US is withdrawing?

The US and UNESCO have actually been at loggerheads since 2011.

The key issue now, as with many US-UN disputes, is the Israeli-Palestinian conflict.

In October 2011, UNESCO admitted the Palestinian territories to the organization as an independent member-state called Palestine.

This triggered a US law which cut off American funding for any organization that recognized an independent Palestine.

The US had previously paid for 22 percent ($80 million) of UNESCO’s annual budget.

Finally, in 2013, after the US missed several rounds of payments to UNESCO, the organization suspended US voting rights in its core decision-making bodies. So the US hasn’t been a real UNESCO member for a while.

Topic : New Appointments, Persons in News, Who is Who?

Gautam Bambawale was appointed as India’s new Ambassador to China.

He was India’s Ambassador to Bhutan previously.

He has also handled the China desk in the Indian Foreign Ministry that looks after relations with Japan, South Korea,China, Mongolia and North Korea.

The International Day for Disaster Reduction was observed across the world.

The 2017 campaign aims to raise global awareness about effective actions, policies and practices taken to minimize exposure to disaster risk at the community level, thereby contributing to saving livelihood and homes.