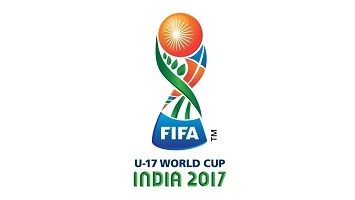 FIFA U-17 World Cup started with four opening day matches to be played in Delhi and Mumbai.

In Delhi, the inaugural match would be played between Group A teams Colombia and Ghana at Jawahar Lal Nehru Stadium, followed by hosts India who would take on Team USA in the second match.

In Mumbai, Group B team New Zealand would be taking on Turkey in the first game at DY Patil stadium in Navi Mumbai.

‘Paryatan Parv’ of the Ministry of Tourism has begun across the country.

What is Paryatan Parv?

The Paryatan Parv will showcase the cultural diversity of the country, with cultural performances, crafts bazaar, food court showcasing folk and classical dance & music, handicrafts & handlooms and cuisine from all regions and States of the country.

The Ministry of Tourism, in collaboration with other Central Ministries, State Governments and Stakeholders is organizing “Paryatan Parv” across the country.

The programme is being organized with the principle of “Tourism for All”.

The government has launched promotion campaigns for its flagship scheme Mudra Yojana.

The PMMY Scheme was launched in April, 2015. The scheme’s objective is to refinance collateral-free loans given by the lenders to small borrowers.

There are three types of loans under PMMY:

Japan-born British author Kazuo Ishiguro, best known for his novel ‘The Remains of the Day’, won the 2017 Nobel Literature Prize.

64-year-old Ishiguro was born in Japan and his family moved to the United Kingdom when he was five.

His most renowned novel, The Remains of the Day (1989), was turned into film with Anthony Hopkins as the butler Stevens.

He has written eight books, as well as scripts for film and television.

The themes most associated with him are – memory, time, and self-delusion.