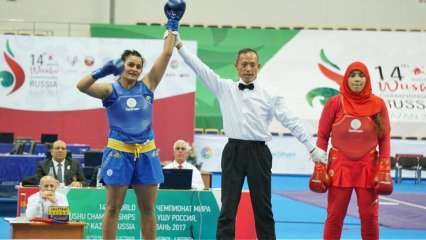 Cabinet approved the Extradition Treaty between India and Lithuania

The Union Cabinet has given its approval for the signing and ratification of the Extradition Treaty between India and Lithuania.

Benefits of this treaty:

The Treaty would provide a legal framework for seeking extradition of terrorists, economic offenders and other criminals from and to Lithuania.

The Treaty would help in extradition of fugitive criminals including terrorists for criminal prosecutions from Lithuania who may have committed crimes against India.

It will bring the criminals to justice, with a view to ensure peace and tranquility to public at large.

Extradition is the surrender of a criminal to one country by another.

The process is regulated by treaties between the two countries.

Turtle Sanctuary to be set up in Allahabad

In order to protect the rich aquatic biodiversity of river Ganga from escalating anthropogenic pressures, development of a Turtle sanctuary in Allahabad along with a River Biodiversity Park at Sangam have been approved under Namami Gange programme.

This project will provide much needed platform to make the visitors aware of their place in the ecosystem, their roles and responsibilities, improve their understanding of the complexity of co-existence with the environment and help generate awareness for reducing the impact of human activities on critical natural resources.

What is cryo-electron microscopy?

Though the actual temperature is not well defined, it is below minus 150°C.

This method is so effective that even in recent times, it has been used to image the elusive Zika virus: When researchers began to suspect that the Zika virus was causing the epidemic of brain-damaged newborns in Brazil, they turned to cryo-EM to visualise the virus.

Over a few months, three dimensional (3D) images of the virus at atomic resolution were generated and researchers could start searching for potential targets for pharmaceuticals.

Pooja Kadian became the first ever Indian sportsperson to won a gold medal at the Wushu World Championship in Kazan, Russia.

Kadian, who competed in the women’s 75kg Sanda category, defeated Russia’s Evgeniya Stepanova in the final.

Pooja, a head constable in the CRPF, had earlier won gold in the South Asian Games and silver in the 2013 World Championship.

Pooja Kapur – Next Ambassador of India to the Republic of Macedonia

She is currently the Ambassador of India to the Republic of Bulgaria.

Her residence is in Sofia, Republic of Bulgaria.

On 5th October 2017, World Teachers Day is observed all over the world.

Its aim is to mobilize support for teachers and to ensure that the needs of future generations will continue to be met by teachers.