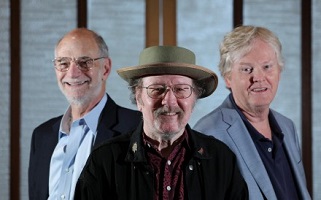 For the first time, Nepal and India will undertake a joint tiger census next month in their national parks, forests and protected areas adjoining the two countries using a globally recognized method.

This is the first time that both the countries are counting tiger heads using the same method that is recognised globally.

Conservation authorities and experts would install cameras in various locations in tiger habitats as well as in buffer zones to capture and track the movements of the big cat.

Significance of this move:

Tiger is an endangered animal listed in the Convention on International Trade in Endangered Species (CITES).

According to the World Wildlife Fund (WWF), tigers have lost 93% of their historical range.

US scientists awarded Nobel in medicine for body clock insights

Three US scientists have won the Nobel Prize in Physiology or Medicine “for their discoveries of molecular mechanisms controlling the circadian rhythm,” otherwise known as our biological clock.

Jeffrey C. Hall, Michael Rosbash and Michael W. Young were awarded the prize for their research on how plants, humans and animals adapt their biological rhythm to synchronize with our planet’s day and night cycle, as the earth rotates, in order to control their daily life.

All living organisms on Earth have an internal clock, known as the circadian rhythm, which in humans underlies why we are awake during the day and sleep at night.

Significance of research in this field:

Research on the body clock has helped scientists improve health.

Many drugs now on the market work best when taken at the right time.

The government has released the third National Wildlife Action Plan (NWAP) for 2017-31.

The plan was released at the recently held meeting of Global Wildlife Program (GWP) that involves 19 Asian and African countries, United Nations, World Bank and other leading global organisations to deal with the wildlife crime.

The plan is woven around the agenda of the United Nations’ 15th Sustainable Developmental Goal — “Life on Land”.

The plan adopts a “landscape approach” in conservation of all wildlife – uncultivated flora and fauna – that have an ecological value to the ecosystem and to mankind irrespective of where they occur.

The Centre has launched a six-year project- called SECURE Himalaya.

In order to ensure conservation of locally and globally significant biodiversity, land and forest resources in the high Himalayan ecosystem spread over four states in India, this project has been launched.

The project – called SECURE Himalaya – was launched by the Union environment ministry in association with the United Nations Development Programme (UNDP).

The SECURE – securing livelihoods, conservation, sustainable use and restoration of high range Himalayan ecosystems – is meant for specific landscapes.

Jagmeet Singh, a Sikh lawyer was elected as the leader of New Democratic Party (NDP) of Canada, becomes the first non-white politician to lead a major political party in Canada.

Jagmeet Singh, Ontario provincial lawmaker, was voted on the first ballot to head the party into the 2019 election against the Prime Minister Justin Trudeau’s Liberals.

He won the crucial first-ballot victory over three other candidates by receiving 53.6 percent of the total number of votes.

He is the first member of a minority community to lead a major Canadian federal political party.