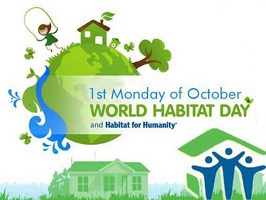 Referendum on independence for Catalonia was recently held.

Catalan officials have claimed that preliminary results of its referendum have shown 90% in favour of independence in the vote strictly opposed by Spain.

The referendum, declared illegal by Spain’s central government, has thrown the country into its worst constitutional crisis in decades and deepened a centuries-old rift between Madrid and Barcelona.

The ballot will have no legal status as it has been blocked by Spain’s Constitutional Court and Madrid for being at odds with the 1978 constitution.

Why does the referendum matter?

Catalonia, an area in northeastern Spain of 7.5 million people, accounts for 15% of Spain’s population and 20% of its economic output.

About 1.6 million people live in Barcelona, Catalonia’s capital, which is a major tourist destination.

The latest referendum was the region’s second referendum on independence in three years.

The previous ballot, a non-binding vote in November 2014, returned an 80% result in favour of an independent Catalan state.

However, less than half of the 5.4 million eligible voters participated.

Catalonia has a distinct history, culture and language.

First referenced in the 12th century, a defined region of Catalonia had existed for more than 250 years before it joined Spain during the country’s formation in the 16th Century.

The target of building about 66 lakh individual household toilets in urban areas, 38 lakh toilets have already been built and construction of another 14 lakh toilets is in progress in these areas.

The mission target is to build five lakh toilet seats.

This day is celebrated to reflect on the state of our towns and cities, and to emphasize the basic right of all to receive adequate shelter.