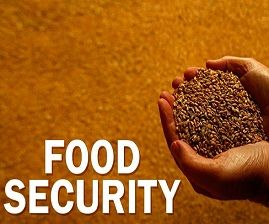 Already state government provided the rice to ration card holders through the Public Distribution System. Hereafter the rice will be provided free of cost.

According to World Bank Report, Hyderabad becomes the first place in ease of doing business by two parameters like enforcing contracts and resolving insolvency.

The city of Pearls was got second place next to Ludhiana, in terms of overall ease of doing business.

The Hyderabad also ranked fourth in terms of starting a new business where New Delhi has been ranked first place.

Two thirds of Wild animals may go extinct by 2020

According to the Living Planet assessment by the Zoological Society of London (ZSL) and the World Wildlife Fund, Global wildlife population have fallen by 58 percent since 1970.

If it continues that decline could reach two-thirds among vertebrates by 2020.

This analysis is taken out from around 3700 different species of birds, fish, mammals, amphibians and reptiles about 6 percent of the total number of vertebrate species in the world.

The researchers conclude that vertebrate populations are declining by an average of 2 % each year.

The last report 2014, estimated that the world’s wildlife populations had halved over the last 40 years.

This scheme was designed with a list of schemes to be rolled out next year for the poor.

In this report, Kerala was the topped the list till 2010.