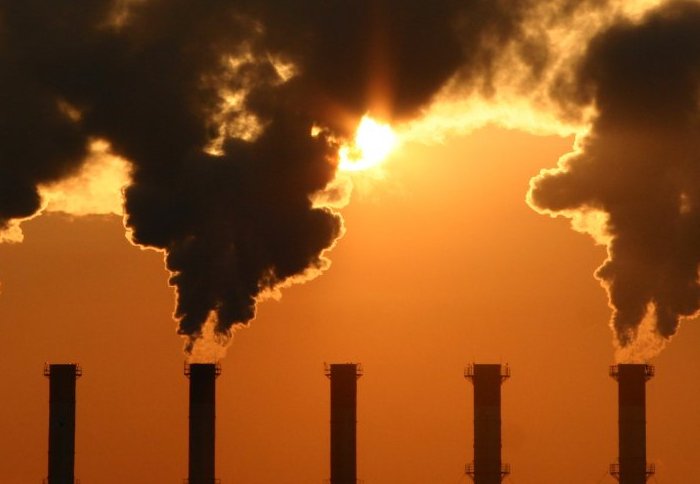 According to the recent data from World Meteorological Organisation, globally averaged concentration of carbon dioxide in the atmosphere reached new records than the previous one which occurred in 2015 as 400 parts per million for the first time.

The analysis which is made observed at greenhouse gas monitoring station at Mauna Loa, Hawaii.

What is the analysis says?

The analysis shows that its grow higher than the previous year 2014-2015 and it may remains the same or high and may not dip into low level for many generations.

What is the reason told by WMO?

The growth spurt in CO2 was fuelled by the El Niño event, which started in 2015 and had a strong impact well into 2016.

What are the effects of this high level co2emission?

Due to this emission, tropical regions faced droughts and the capacity of “sinks” like forests, vegetation and the ocean to absorb co2 reduced. So there might be a risk of staying emitted co2 in the atmosphere. This will lead major climatic change.

The World Meteorological Organisation is an intergovernmental organization established in 1950 and become specialized agency of United Nations for meteorology, operational hydrology and related geophysical science.

Its headquarters is in Geneva, Switzerland. It is a member of United Nations development group.

Purpose of the carnival:

The main purpose of this carnival is to promote a sense of inclusiveness amongst the tribal.

The fourth edition of Joint Military exercise between India and Sri Lanka is being conducted at Sinha Regimental Centre in Ambepussa, Sri Lanka from 24 October to 06 November 2016.

The previous exercise with the Sri Lankan Army was conducted in the month of September 2015 at Pune in India.

“Mitra Shakti” series of bilateral exercises is one of the major bilateral defence cooperation initiatives between India and Sri Lanka since 2013.