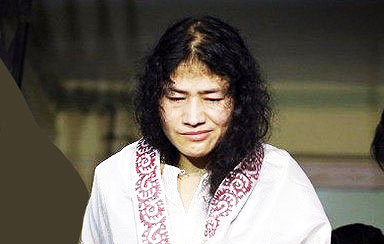 The Center has proposed four slab rate structure for the Goods and Service Tax (GST) at a meeting of the GST council.

The rate structure ranged from zero to 26 per cent.

What structure has proposed ?

GST is the one direct tax for the whole nation, which will make India one unified common market. It is a single tax on the supply of goods and services, right from the manufacturer to the consumer.

It reduces the cost of collection of tax revenues of the Government, that will lead to higher revenue efficiency.

For consumers, it reduces the overall tax burdens. And it will gives the single and transparency on the tax  to even the final consumers.

She will contest on the 2017 Assembly polls in Manipur.

Irom Sharmila is from Manipur. She is also called as ‘Iron Lady’ or  Mengoubi.

She is civil rights activists, political activists and also a poet.

Her  Collection of poems were published as ‘ Fragrance of Peace’ in English from Meiteilon.

She began a hunger strike on 200 and ends it on August 9, 2016. She has been called as “World’s longest hunger striker” due to her 16 years of hunger strike against Armed Power Special Power Act (AFSPA) in Manipur.

On 2014 International Women’s Day, She was voted the top woman icon of India by MSN poll.

Armed Power Special Power Act are acts of Parliament of India that grants special power to the Indian armed force to search properties without warrant, to arrest people, and to use deadly force if there is any reasonable suspicion on any person who is against the state.

AFSPA is an act which passed on 1958 on Naga Hills amd then passed to seven sister states in northeast India.

On 1990, this act was passed on Jammu and Kashmir and its in force still now.

This scheme is to encourage the entrepreneurs from SC / ST to effectively participate in preparing and processing of goods.

This scheme is to develop economic progress of India by using an effective clean technology to produce quality standard products by MSMEs in India.

The ministry of Road and transport highways has said from April 2017, all vehicle manufacturers will have to provide emission details of each vehicle in the revised Form 22.

The Form 22 which includes pollutant emission like specify the levels of each pollutants such as carbon mono oxide, hydro carbon, non methane HC, Nox, HC + NOx, Pm for petrol and diesel vehicles and also sound level for horn and pass-by noise values.

Significance of this Project:

As it is a renewable energy projects, will decreases the emission of carbon and reduces pollution.

This project will give 13 per cent free power to the State of Himachal Pradesh.[/vc_column_text][/vc_column][/vc_row]