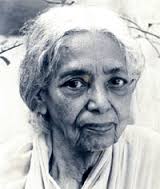 On October 16 World Food day is globally observed to mark the foundation of Food and Agriculture organization of the United Nation in 1945.

Aim of the Day:

To create awareness among public about the hunger difficulties and involve then to eradicate the hunger.

“Climate is changing. Food and Agriculture must too.”

About FAO (Food and Agriculture organization of the United Nations)

It is an agency of United Nations that leads International efforts to defeat hunger. Its headquarters is in Rome,Italy.

Its main goals are

The sustainable management and utilization of natural resources, including land, water, air, climate and genetic resources for the benefit of present and future generations

International Day for the eradication of  poverty- October 17

Every year October 16 is observed as International Day for the eradication of  poverty by United Nations which adopting a resolution on December 1992.

The  International Day for the eradication of  poverty was observed in 1993 for the first time.

“Moving from humiliation and exclusion to participation: Ending poverty in all its forms”

Along with BRICS summit on Goa, BIMSTEC outreach summit also held on two days. In that all members of BRICS- BIMSTEC participated.

She organized BSI before 60 years. She worked as a head of BSI fore several years.

She was one of the first women scientists who got padma shri in 1997.

She wrote “The chromosomal Atlas of Cultivated Plants” by studied thousands of species of flowering plants.

Her best works  on Sugarcane and eggplants were most remembered work.