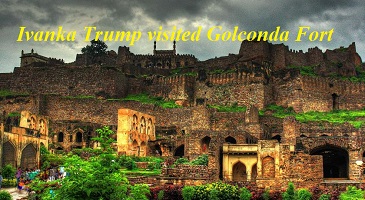 The waters of the Siang river, considered the lifeline of northern Arunachal Pradesh for centuries, has suddenly turned dark black triggering panic in the frontier state.

The water from the river is no longer considered fit for consumption.

China is being blamed for these changes.

China has been planning to dig the world’s longest tunnel to change the course of Yarlung Tsangpo from Tibet towards Taklimakan desert in Xinjiang but has been denying the same at public platforms.

Siang originates in China and then enters India through Arunachal Pradesh.

It is then joined by two other rivers–Dibang and Lohit–as it enters Assam where it is called the Brahmaputra.

North Korea has launched its most powerful weapon yet- Called the Hwasong-15, after nearly two months of relative quiet.

It is the ‘greatest ICBM’ that could be armed with a ‘super-large heavy nuclear warhead’ capable of striking the ‘whole mainland’ of the United States of America.

Karnataka has become the first state in the country where administration, both civil and police, is headed by women.

India has donated 500 metric tonnes of rice to the Kingdom of Lesotho, in Southern Africa, which is facing acute food shortage due to famine.

Where is it located?

Resources are scarce – a consequence of the harsh environment of the highland plateau and limited agricultural space in the lowlands.

Ivanka Trump, visited the 14th century Golconda Fort accompanied by newly-appointed US Ambassador to India Kennet Juster. She was here to attend the Global Entrepreneurship Summit-2017.

Golkonda, (“Round shaped hill”) is a citadel and fort in Southern India.

And it was the capital of the medieval sultanate of the Qutb Shahi dynasty which is situated 11 kilometres west of Hyderabad.

It is also a tehsil of Hyderabad district, Telangana, India.