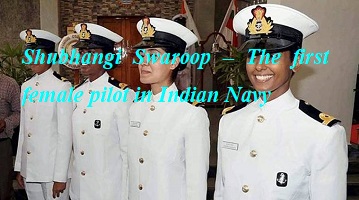 The Union Cabinet has approved the setting up of the 15thFinance Commission.

The Terms of Reference for the 15th Finance Commission will be notified in due course of time.

About the Finance Commission:

It is a body set up under Article 280 of the Constitution.

Its primary job is to recommend measures and methods on how revenues need to be distributed between the Centre and states.

Article 280(1) of the Constitution lays down that a Finance Commission (FC) should be constituted within two years from the commencement of this Constitution and thereafter at the expiration of every fifth year or at such earlier time as the President considers necessary.

2018 as International Year of Millets

India has sent a proposal to United Nations for declaring the year 2018 as ‘International Year of Millets’.

The proposal, if agreed, will raise awareness about millets among consumers, policy makers, industry and R&D sector.

Popularizing millets would benefit future generations of farmers as well as consumers.

Migratory birds fly across continents from Caspian Sea, Baikal Lake and remote parts of Russia, Mongolia and Siberia and flock to the marshy lands of the Nalabana Bird Sanctuary inside the Chilika Lake, which is spread across over 1000 sq. km.

It is the largest wintering ground for migratory waterfowl found anywhere on the Indian sub-continent.

Chilika Lagoon lies in the districts of Puri, Khurda and Ganjam of Odisha State along the eastern coast of India.

It is well connected to the Chennai and Kolkata through National Highway No 5, and the Chennai Kolkata rail line passes along the western bank of the Lagoon Balugaon, with Balugaon, Chilika and Rambha being the main stations along the Western shoreline of the lagoon.

As per a report presented by UN Women and the UN Development Programme (UNDP), Latin America and the Caribbean is the most violent region in the world for women.

This region also has the highest rate of sexual violence against women outside of relationships.

The report outlined that 24 of the 33 countries in Latin America and the Caribbean have laws against domestic violence, but only 9 of them have laws to punish other forms of violence against women in public or private.

The first batch of female officers passed out from the Indian Naval Academy at Ezhimala on 22nd November 2017.

Shubhangi Swaroop, a native of Bareilly in Uttar Pradesh, has become the first woman pilot in the Navy.