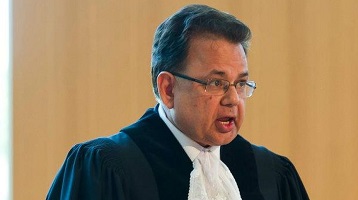 India’s nominee to the International Court of Justice (ICJ) Dalveer Bhandari has been re-elected to the fifth and the last seat of the world court after Britain withdrew its candidate from the election.

This is the first time since the ICJ was established in 1945 that there will be no British judge in the ICJ.

Bhandari received 183-193 votes in the General Assembly and secured all the 15 votes in the Security Council.

The International Court of Justice (ICJ) is the principal judicial body of the UN.

Established in 1946 to replace the Permanent Court of International Justice, the ICJ mainly operates under the statute of its predecessor, which is included in the UN Charter.

The 15 judges of the Court are distributed as per the regions:

Every year 21st November is celebrated all over the world as World Fisheries Day.

About the World Fisheries Day:

The World Fisheries Day helps in highlighting the critical importance to human lives, of water and the lives it sustains, both in and out of water.

Water forms a continuum, whether contained in rivers, lakes, and ocean.

Fish forms an important part of the diets of people around the world, particularly those that live near rivers, coasts and other water bodies.

A number of traditional societies and communities are rallied around the occupation of fishing.

This exercise is being held to train Myanmar’s army delegation for participation in United Nations Peacekeeping Operations (UNPKO).