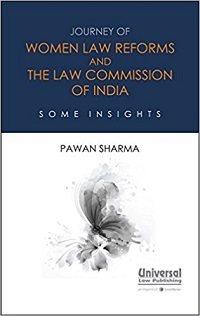 It is the seventh such exercise in the SAMPRITI series.

The exercise has been aimed to strengthen and broaden the aspects of interoperability and cooperation between the Indian and Bangladesh Armies.

India, for the first time ever, is all set to host the Global Conference on Cyber Space (GCCS).

GCCS is one of the world’s largest conferences in the field of Cyber Space and related issues.

The theme for the GCCS 2017 is “Cyber 4 All: An Inclusive, Sustainable, Developmental, Safe and Secure Cyberspace”.

This is the fifth edition of GCCS wherein international leaders, policymakers, industry experts, think tanks and cyber experts will gather to deliberate on issues and challenges for optimally using cyber space.

The overall goals of GCCS 2017 are to promote the importance of inclusiveness and human rights in global cyber policy.

Scientists from 184 countries to announce the second warning to humanity : not restoring currently unsustainable ways of living could warn of “widespread misery” and “catastrophic biodiversity loss”.

The first warning, issued in 1992 and signed by 1,575 scientists, urged governments to take immediate action to prevent environmental degradation.

The report notes that in the past 25 years:

The amount of fresh water available per head of population worldwide has reduced by 26%.

Nearly 300 million acres of forest have been lost, mostly to make way for agricultural land.

However, there is also good news: ozone depletors such as chlorofluorocabons in the atmosphere have declined, proving that change is possible.

What needs to be done now?

In a country like India, there is a need for both immediate and long-term solutions.

In the short term, it’s critical to limit further habitat loss and the expansion of new roads, mines and mega-projects into the last wild places, and to enlist the help and engagement of local communities wherever possible.

Topic : India and its Neighbourhood countries

China has launched the world’s first all-electric ship, which can travel up to 80km with 2000-tonnes cargo after a two-hour charge.

As the ship do not use fossil fuels, it has zero emission, including carbon, sulphur and PM2.5 and it could be used as a passenger liner or a working ship.

Anand Kumar’s Super 30 coaching institute has been providing free education, accommodation and food to students coming from the underprivileged section of society to crack the prestigious IIT entrance examination.

This books is about women’s issues like matrimonial laws, property laws, laws relating to inheritance, succession, guardianship as well as NRI marriages and issues of sexual violence.

This book is a testimony to his grasp and in depth knowledge of the issues of the deprived social classes, the Dalits, the Adivasis and the Socially and Educationally Backward Classes, and practical and effective ways of resolving them, based on his long experience in Andhra Pradesh and Telangana and in the country as a whole.