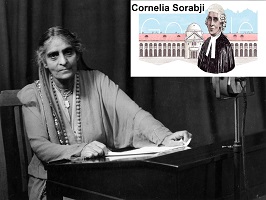 Hunar Haats are organised by Ministry of Minority Affairs under USTTAD (Upgrading the Skills & Training in Traditional Arts/Crafts for Development) scheme.

The USTTAD scheme aims at preserving & promoting the rich heritage of the traditional arts & crafts of the Minority communities.

The theme of the summit is “Deepening Economic Integration for Inclusive and Sustainable Development in South Asia”.

It is a regional platform for discussing and analyzing economic and development issues and challenges faced by South Asian countries and advancing the cause of regional integration and cooperation.

The sculptures from Mamallapuram were known to be carved in stone with characteristics of intricate designing chiselled finely, keeping with the spirit of the surrounding Pallava art and architecture.

Sagar Kavach is a joint security exercise organized jointly by the governments of Odisha and neighbouring West Bengal.

It aims to further tighten the existing coastal security mechanism along the 630 km long coastline.

Google paid its tributes to Cornelia Sorabji, India’s first woman lawyer, through a doodle on the occasion of her 151st birth anniversary.

Cornelia Sorabji was an Indian woman who was the first female graduate from Bombay University.