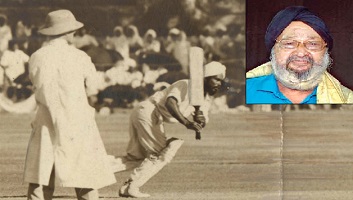 The Union Cabinet has approved creation of National Testing Agency (NTA) as a Society registered under the Indian Societies Registration Act, 1860.

And it has act as an autonomous and self-sustained premier testing organization to conduct entrance examinations for higher educational institutions.

The NTA would initially conduct those entrance examinations which are currently being conducted by the CBSE.

Other examinations will be taken up gradually after NTA is fully geared up.

The entrance examinations will be conducted in online mode at least twice a year, thereby giving adequate opportunity to candidates to bring out their best.

In order to serve the requirements of the rural students, it would locate the centres at sub-district/district level and as far as possible would undertake hands-on training to the students.

In view of the need to have a specialized body in India like the most advanced countries, the Finance Minister in the Budget speech of 2017-18 had announced setting up of a National Testing Agency (NTA) as an autonomous and self-sustained premier testing organization to conduct all entrance examinations for higher educational institutions.

On 10th November 2017, Ravi Bangar was appointed as Ambassador of India to Ecuador.

He is presently the Ambassador of lndia to Colombia. He has been concurrently (at the same time) appointed as the next Ambassador of India to Ecuador.

Debjani Ghosh – First woman to be President of NASSCOM in 2018

NASSCOM has appointed Debjani Ghosh, as the NASSCOM President.

This is first time woman to be appointed as the President of NASSCOM.

Debjani Ghosh would succeed R Chandrashekhar upon the completion of his term in March 2018.

Debjani Ghosh has been a member of Nasscom’s Executive Council and a trustee of the Nasscom Foundation.

She was also a managing director of Intel South Asia.

Former India cricketer A G Milkha Singh passed away after a cardiac arrest at a hospital in Chennai.

Milkha Singh played Test matches in the 1960s. He was a flamboyant left-hand batsman and a fine fielder.

He made his Ranji Trophy debut at 17 years. He had a great career for Tamil Nadu in the Ranji Trophy.

He scored over 4,000 runs in first-class cricket, including eight centuries.