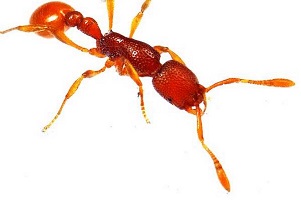 To ensure the effective implementation of the Sexual Harassment of Women at Workplace (Prevention, Prohibition and Redressal) Act (the SH Act), 2013, the government has launched a comprehensive SHe-Box.

It is an online complaint Management System for women working in both public and private organizations to lodge complaints of sexual harassment at workplace.

Once a complaint is submitted to the portal, it will be directly sent to the ICC/LCC of the concerned employer.

Through this portal, the Ministry of Women and Child Welfare as well as complainant can monitor the progress of inquiry conducted by the ICC/LCC.

The successful test flight of ‘NIRBHAY’ missile was recently conducted by the DRDO.

It was successfully test fired from the Integrated Test Range (ITR), Chandipur, Odisha.

It is India’s first indigenously designed and developed Long Range Sub-Sonic Cruise Missile which can be deployed from multiple platforms.

Researchers have discovered a new species of ant in the Western Ghats, recognised as one of the world’s ‘hottest hotspots’ of biological diversity.

The new species is named Tyrannomyrmex alii (or T. alii).

The ant is named after eminent myrmecologist Musthak Ali, who is regarded as the country’s ‘ant man’.

The new species was found in the Periyar Tiger Reserve.

Musa paramjitiana, is a species of wild banana discovered recently in the Andaman and Nicobar Islands.

Its conservation status has been declared as ‘Critically Endangered’ as it has so far been spotted in only two locations on the islands, each with 6 to 18 plants in a clump.

The fruits and seeds have ethno-medicinal importance.

This is Mary Kom’s sixth medal in the Asian Women’s Boxing Championships and fifth gold medal.

She has won four gold medals and one silver medal in previous editions of the tournament.

World Radiology Day was observed all over the world on November 8 each year.

The International Day of Radiology is an annual event promoting the role of medical imaging in modern healthcare.

It was first introduced in 2012, as a joint initiative, by the European Society of Radiology (ESR), the Radiological Society of North America (RSNA), and the American College of Radiology (ACR).

This visit will be the 9th visit of the Prince of Wales to India.

The visit is aimed at strengthening bilateral relations between the two nations.

UNESCO creative cities released a data about 64 cities from 44 countries have been designated as UNESCO Creative Cities.

Chennai is the third Indian city on the list of UNESCO Creative Cities list after Jaipur and Varanasi.