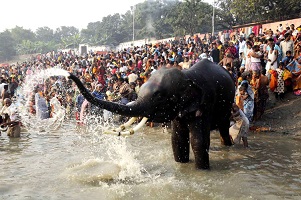 Hindi Writer Krishna Sobti will be conferred with the country’s highest literary honour, Jnanpith Award this year in 2017.

Krishna Sobti is a Hindi fiction writer and essayist, who won the Sahitya Akademi Award in 1980 for her novel Zindaginama.

In 1996, she was awarded the Sahitya Akademi Fellowship, the highest award of the Akademi.

The Jnanpith Award is one of the prestigious literary honours in the country, which was instituted in 1961.

Any Indian citizen who writes in any of the official languages of India is eligible for the honour.

The recent boiler explosion at NTPC’s Unchahar power plant in Rae Bareli underscores the importance of inspections and protocols for hazardous industrial operations.

High pressure boilers are hazardous pieces of equipment, which are strictly regulated with special laws.

In fact, the basic objective of the Indian Boilers Act, 1923 is to ensure the safety of life and protection of property by mandating uniform standards in the quality and upkeep of these units.

What needs to be done?

The safety and welfare of workers and the public at large cannot be compromised.

A rigorous approach to accident reporting must become part of the process if the weak spots in regulation are to be addressed.

It must be the Centre’s endeavour to see that measures taken to make it easy to do business do not translate into lack of regulation, and putting lives at risk.

Sonepur Mela is considered as one of the biggest cattle fair in Asia.

The Sonepur Cattle Fair is held on Kartik Poornima (the full moon day) in the month of November in Sonpur, Bihar, on the confluence of river Ganges and Gandak.

It is also known as Harihar Kshetra Mela and it attracts visitors from all over Asia.

Till date, it is the biggest cattle fair of Asia and stretches on from fifteen days to one month.

It has its origins during ancient times. This is when Chandragupta Maurya (340 – 297 BCE) used to buy elephants and horses across the river Ganges.

The Sonepur Cattle Fair once used to attract traders from places as distant as Central Asia.

Kazakhstan to change its name by 2025

Kazakhstan, a Central Asian Country will change its name to Qazaqstan.

Kazakhstan Government announced that it will appoint a national committee to oversee the country’s transition from Russian Cyrillic to a Latin-based alphabet, which be completed by 2025.

Kazakhstan Foreign Ministry has stated that as Latin is used by approximately 70% of all countries, changing to a Latin-based alphabet name is an essential part of global communication.

The use of traditional methods in renovating temple structures and re-establishment of rainwater harvesting and historic drainage system were the main reasons for the temple to achieve the award.

The government has launched a Pan India scholarship program for school children called Deen Dayal SPARSH Yojana to increase the reach of Philately.

Under the scheme of SPARSH (Scholarship for Promotion of Aptitude & Research in Stamps as a Hobby), it is proposed to award annual scholarships to children of Standard VI to IX having good academic record and also pursuing Philately as a hobby through a competitive selection process in all postal circles.

To avail this scholarship, a child must be a student of a recognized school within India and the concerned school should have a Philately Club and the candidate should be a member of the Club.