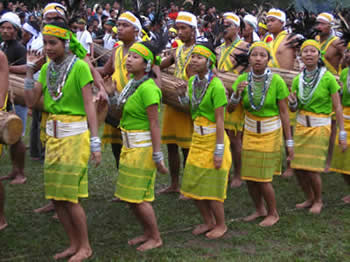 Yudhvir Singh Malik has been appointed as new Chairman of National Highways Authority of India (NHAI).

It is an autonomous agency of the Government of India, responsible for management of a network of over 70,000 km of National Highways in India.

It is assisting of the Ministry of Road Transport and Highways.

As Per the National Highways Authority of India Act of 1988, The NHAI was created. In February 1995, the Authority was formally made an autonomous body.

It is responsible for the development, maintenance, management and operation of National Highways.

The harvest festival of Wangala is celebrated by the hundreds of Garo tribals of Meghalaya.

The festival marks the end of a period of toil for farmers wanting a good output from their fields.

Farmers of the tribe joined together to dance in honour of Saljong, the spirit of the Sun and fertility dressed in their traditional fineries.

State of Emergency in Peru

Peru’s government has declared a state of emergency across 11 jungle districts due to mercury contamination caused by widespread illegal gold mining activities.