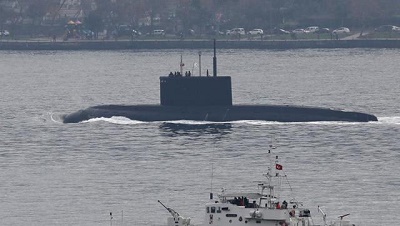 In Nicosia, India and Cyprus signed the Revised DTAA Agreement for the Avoidance of Double Taxation (DTAA).

The agreement will replace the existing DTAA that was signed by two countries in June 1994.

The new Agreement provides for Assistance between the two countries for collection of taxes and updates the provisions related to Exchange of Information to accepted international standards, which will enable exchange of banking information and allow the use of such information for purposes other than taxation with the prior approval of the Competent Authorities of the country providing the information.

With the induction of these four systems, the underwater surveillance capability of the Indian Navy will get a boost.

That Four Sonars are :

Abhay is an advanced integrated sonar system designed and developed for the smaller platforms such as shallow water crafts and coastal surveillance vessels.

It is capable of detecting, localizing, classifying and tracking sub-surface and surface targets in both its active and passive modes of operation. Indian Navy has proposed to induct this SONAR on three of the Abhay class ships.

This system is proposed to be installed on seven ships of three different classes of ships.

AIDSS is an Emergency Sound Signalling Device which is used to indicate that a submarine is in distress and enable quick rescue and salvage.

The observation of the ‘Quami Ekta Week’ will help to highlight the inherent strength and resilience of our nation to withstand actual and potential threats to the eclectic and secular fabric of our country, and nurture a spirit of communal harmony in its widest sense.

This occasion also provides an opportunity to reaffirm age old traditions and faith in the values of tolerance, co-existence and brotherhood in a multi-cultural and multi-religious society.

Subscribe our Newsletter to get Daily TNPSC Current Affairs in English and Tamil on your Inbox.