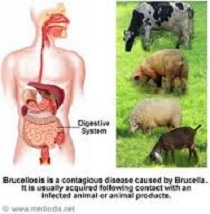 Jammu and Kashmir Government has launched Jhelum-Tawi flood recovery project to give push to the reconstruction and rehabilitation of infrastructure post-2014 floods in the state.

In Srinagar, Chief Minister Mehbooba Mufti formally launched the project which is funded by World Bank.

The project was started by former Chief Minister Mufti Muhammad Sayeed in the aftermath of devastating floods of 2014 in the state.

It aims at reconstructing and recovering support in flood-affected areas in which public infrastructure and livelihoods were impacted severely.

The National Student Startup Policy aims to create 100,000 technology based student start-ups and a million employment opportunities within the next 10 years.

The policy plans on achieving this by developing an ideal entrepreneurial ecosystem.

China has retained the topped in the list of the world’s fastest supercomputers for its “Sunway TaihuLight” which can perform 93 million billion calculations per second for the eighth consecutive year.

The massive supercomputer TaihuLight, built entirely using processors designed and made in China has been crowned as the world’s fastest.

TaihuLight made its appearance in June, replacing the former champion, Tianhe-2, also a Chinese system but built based on Intel chips.

CRPF has deployed a team of women commandos in anti Naxal operations in Jharkhand for the first time.

The 135 women belonging to the 232 battalion’s Delta company are currently undertaking operations under the close supervision of CRPF’s 133 battalion in Naxal-infested forests on the outskirts of Ranchi near Khoonti area.

International Research Conference on Brucellosis was inaugurated in New Delhi.

The Department of Biotechnology in collaboration with Indian Council for Agriculture Research was organized the three-day International Conference on Brucellosis.

The conference is result of DBT’s network programme on Brucellosis launched in 2012 to address this epidemiology and for development of new generation of vaccines and diagnostic kits.

The Conference provides a technical platform for scientist and experts from all over the world.

Brucellosis is a dreadful disease caused by the genus of the bacteria known as Brucella infecting various species of Brucella cows, buffalos, sheep, goats, deer, pigs, dogs and other animals as well as humans.

Spread of the disease :

Human become infected by any contact with animals or animal product like meat and milk contaminated with these bacteria.

Dairy man, veterinarians, butchers and other animal handlers are exposed to high risk of brucellosis infection.

Symptoms of the disease :

In human’s brucellosis, can cause range of symptoms that are similar to the flu and may include fever, sweats, headache, back pain and physical weakness.

Severe infections of the central nervous system or lining of the heart may also occur.

Subscribe our Newsletter to get Daily TNPSC Current Affairs in English and Tamil on your Inbox.