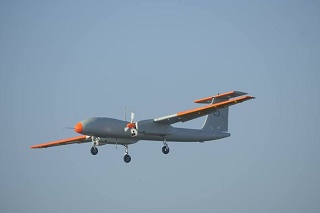 The flight has the main objectives of proving the flying platform, such as take-off, bank, level flight and landing etc.

TAPAS 201, the MALE UAV has been designed and developed by Aeronautical Development Establishment (ADE), the Bangalore-based premier lab of DRDO with HAL-BEL as the production partners.

TAPAS 201 is being developed to carry out the Intelligence, Surveillance and Reconnaissance (ISR) roles for the three Armed Forces with an endurance of 24 hours.

The Supreme Court has dismissed a plea by Tamil Nadu to review a 2014 apex court judgment banning jallikattu.

Important observations made by the court :

The event had nothing to do with the exercise of the fundamental right of religious freedom and runs counter to the concept of welfare of the animal, which is the basic foundation of the Prevention of Cruelty to Animals Act of 1960.

The State has countered that the event was defined as an act of “taming” of bulls under the Tamil Nadu Regulation of Jallikattu Act of 2009 and did not amount to cruelty.

Tamil Nadu has been arguing that Jallikattu should be permitted as it showcases a cultural tradition that has been part of the custom and culture of people of the state for 5,000 years.

Jallikattu is a bull taming sport played in Tamil Nadu as a part of Pongal celebrations on Mattu Pongal day. It is a Tamil tradition called ‘Yeru thazhuvuthal’ in Sangam literature(meaning, to embrace bulls), popular amongst warriors during the Tamil classical period.

Subscribe our Newsletter to get Daily TNPSC current affairs in English and Tamil on your Inbox.