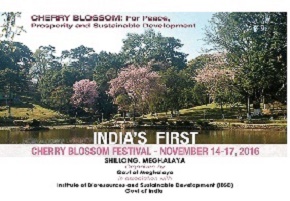 November 12 was observed as the World Pneumonia Day with the Theme: “Keep the Promise, Stop Pneumonia Now”.

The Pneumonia and Diarrhoea Progress Report was published by the International Vaccine Access Center (IVAC).

Highlights of the report :

The report also noted that, after 15 years of the introduction of the pneumococcal conjugate vaccines in 2000, India, Indonesia, Chad, China and Somalia are the five countries among those with the highest pneumonia burden.

They are still not using the vaccine in their routine immunisation programmes, the report noted.

Also urging nations to go beyond business as usual, the report chronicles innovations that help speed up the process and better chase the goal of cutting down the number of preventable child deaths.

India announced a introduction of the vaccine in five states (Bihar, Uttar Pradesh, Rajasthan and Madhya Pradesh and Himachal Pradesh) from 2017.

Topic : Role of Voluntary organizations and their utility

The 2016 IITF has been organised by the India Trade Promotion Organisation (ITPO), under sponsorship of the Union Ministry of Commerce and Industry.

The four day Cherry Blossom Festival in Shillong, Meghalaya was started to attracting tourists to enjoy the Cherry Blossoms blooming at every corner of the Shillong.

Institute of Bio-Resources Sustainable Development (IBSD) and National Institute of Department of Biotechnology in Manipur was implemented this tourism Festival.

Birthday of Pandit Jawaharlal Nehru, the first Indian Prime Minister, 14th November is celebrated as the children’s day all over the India.

Kumari Revathi Nayka M, a paralympic swimmer, was awarded with Gold Medal for her excellence in the field of sports.

Dev Shah, a chess player, was the youngest to be awarded for his excellence in the field of sports.

World Diabetes Day was observed on November 14th to raise awareness about diabetes which was launched in 1991 by the IDF and the World Health Organization (WHO) in response to the rapid rise of diabetes around the world.

In Konark City, Odisha the India’s Surfing Festival was started to attract Enthusiasts frm all over the world to participate in workshops, competitions, musical events, etc.

For more Current Affairs in Tamil and English visit : www.tnpsc.academy/current-affairs