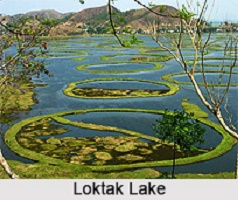 In order to spread awareness among people across the world about tsunami and the importance of early warning systems to mitigate damage from devastating natural hazard.

The 2016 theme of WTAD is “Effective Education and Evacuation Drills”.

In the 4th edition of the 2016 Asian Women’s Hockey Champions trophy- 2016, Indian women’s hockey team has won by defeating China in the final by 2-1 in Singapore.

This is first time that Indian women’s hockey team has won the Asian Champions Trophy competition.

The Ministry of Environment, Forest and Climate Change has constituted a four-member team for conservation and management of Loktak Lake in Manipur.

The team will visit Loktak Lake and hold discussions with the State government, its concerned agencies and other stakeholders.

The consultations will also include people living in the vicinity of the lake.

What will the team going to do?

The team will review the implementation of works carried out with financial assistance provided by the Central and State governments for the conservation and management of Loktak Lake.

So that they suggest further interventions required for conserving the lake in a holistic manner.

Enumerate the steps required to be initiated for declaring Loktak Lake as a UNESCO World Heritage Site.

Identify the steps and actions to be taken to increase the tourism potential of Loktak Lake.

Loktak Lake is the largest freshwater lake in Northeast India, and is famous for the phumdis (heterogeneous mass of vegetation, soil, and organic matter at various stages of decomposition) floating over it.

Keibul Lamjao is the only floating national park in the world. It is located near Moirang in Manipur state, India.

The Keibul Lamjao National Park is the last natural refuge of the endangered sangai.

However, human activity has led to severe pressure on the lake ecosystem.

The theme for this event is “Hydrocarbons to fuel the future – Choices and Challenges”.

This global event aims at bringing Energy Ministers, industry leaders, professionals, academicians and domain experts from the energy sector on a common platform.

The Conference showcases the strengths & potential of Indian Hydrocarbon industry to the world besides providing a vibrant platform for exchange of ideas, sharing of experience, knowledge and technological development across various segments of hydrocarbon industry.

The “Paris Climate Agreement” has come into force on 4th November 2016 which is India ratified the Paris Agreement on 2nd October 2016, the birth anniversary of Mahatma Gandhi.

Till date, 94 Parties have ratified it, of the 197 Parties to the United Nations Framework Convention on Climate Change (UNFCCC).

The Paris Agreement’s central aim is to strengthen the global response to the threat of climate change by keeping a global temperature rise this century well below 2 degrees Celsius above pre-industrial levels and to pursue efforts to limit the temperature increase even further to 1.5 degrees Celsius.

The Paris Agreement requires all Parties to put forward their best efforts through “nationally determined contributions” (NDCs) and to strengthen these efforts in the years ahead.

This includes requirements that all Parties report regularly on their emissions and on their implementation efforts.

The theme of this year : “Languages as Public Action”

It focuses on the merging of various idioms, and brings into the festival frame, sessions, workshops, discussions and components from languages such as the arts, music, performance, technology along with the literary.

It is initiated by the India Habitat Centre, is an Indian Languages Festival held annually in New Delhi. The first Samanvay was held in 2011.

India And Venezuela signed a deal

In order to increase Oil Production, India and Venezuela signed a deal worth $ 1.45 billion.

Haryana government was conferred with the award for outstanding work in the field of E-governance at the “State of the States Conclave 2016” in New Delhi.

The award was presented to aprreciate the work done in the field of e-governance in the past two years in Haryana.

Under ‘One-State One-View’ initiative, an integrated SRDB (State Residents Data base) has been created. It will ensure de-duplication of records. Linking data of each citizen with Aadhaar has enabled the state government in identifying those 6.25 lakh consumers.

For more Current Affairs in English and Tamil visit : www.tnpsc.academy/current-affairs

Subscribe our Newsletter to get Daily TNPSC Current Affairs in Tamil and English on your Inbox.