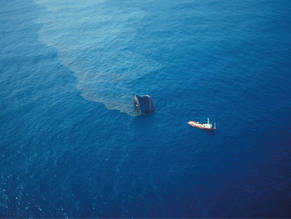 Memorandum of Understanding has been signed by the ministry of Housing and Urban Poverty Alleviation and common service center e- Governance Services India Limited of the Ministry of Electronics and Information Technology.

Through this MoU, the Ministry of Housing and Urban Poverty Alleviation has enabled online submission of application by urban poor for affordable houses under the scheme.

Pradhan Mantri Awas Yojana has been launched in June 2015 by Union Government.

It started with the aim of Housing for All by 2022 Mission. Under this scheme, the Government has planned to build two crore houses in urban areas by 2022.

The government will give Rs. 1 lakhs to all beneficiaries and also will give loans to build toilet in the existing houses.

Researchers at Indian Institute of Science Education and research (IISER) Thiruvanandapuram, has developed a gelator to solve the problem of marine oil spills.

What is marine oil spills?

It is a form of pollution. It is the release of a liquid petroleum hydrocarbon into the environment, especially marine areas due to human activity. The oil is released into the ocean and costal waters from large ships where heavier fuels are used. It may be due to the spill of any oil refuse or waste oil.

What are the effects of marine spills?

Spilled oil can harm living things because its chemical constituents are poisonous. This can affect organisms both from internal exposure to oil through ingestion or inhalation and from external exposure through skin and eye irritation. It affects the overall ecological communities.

Gelator were produced using glucose as a starting material and after several chemical reaction.

Benefits of new scoop out method:

This newly developed gelator can be reused several times except in the recover of crude oil. It doesn’t cause environmental damage.