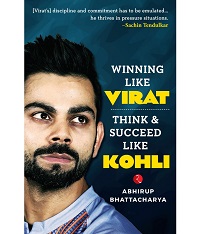 Syed Ghayorul Hasan Rizvi has been appointed as the new Chairman of the National Commission for Minorities.

What you need to know about NCM?

The NCM was set up under the National Commission for Minorities Act, 1992 to look into complaints from members of five religious communities — Muslims, Christians, Sikhs, Buddhists and Zoroastrians (Parsis).

Jain community was notified as a minority community in 2014.

Besides NCM, 15 states, including Uttar Pradesh, Bihar, West Bengal, Maharashtra and Assam, which are home to sizeable minority populace, have set up commissions at their respective levels.

In a surprise gazette notification, the environment ministry has banned cattle slaughter and introduced restrictions on the sale of cattle to prevent their killing.

A gazette notification, Prevention of Cruelty to Animals (Regulation of Livestock Markets) Rules, 2017 by the Ministry of Environment, Forests and Climate Change states that no one can bring cattle to an animal market unless he or she has furnished a written declaration that the cattle will not be sold for the purpose of slaughter.

Further, upon sale of cattle, the animal market committee will take an “undertaking” that the animals are for agricultural purposes and not for slaughter.

The Rule applies to the whole of India, except the State of Jammu and Kashmir.

Cattle cannot be brought to an animal market for sale for slaughter.

All existing animal markets will have to be registered within three months with the District Animal Market Monitoring Committee by making an application to the Committee.

Cruel and harmful practices have been prohibited for animals including, painting of horns, ear cutting buffaloes, making animals lay on hard ground without proper bedding.

Purchaser of cattle cannot sell animal for slaughter or sacrifice the animal for religious purposes.

The rule mandates the appointment of Veterinary inspectors who shall screen the animals before they enter the market.

The inspector shall also check whether animals are being transported in trucks which are authorised by law to carry animals.

The new rules apply only to animal markets and not to individual cattle buying and selling by people.

Implications of this move:

Experts predict that the worst hit from the rules will be Muslim meat and leather traders who are increasingly facing violence from aggressive cow vigilante groups.

Farmers may now have to spend on feeding their aged cattle or the animals will have to be abandoned.

For years, the Supreme Court has struggled for consistency in its judicial pronouncements regarding cattle, leaving it ultimately to the Centre and States to devise an appropriate policy.

While Supreme Court banned the bull-running sport jallikattu as cruel, it refused to intervene with States to frame a uniform policy on cattle slaughter.

The government had also decided to bear the expenditure towards farmer’s share of the insurance premium under the ‘Pradhan Mantri Fasal Bima Yojan’.

A new book “Winning like Virat: Think & Succeed like Kohli” by Abhirup Bhattacharya, explains the secrets of the cricketer’s consistent form, while attempting to decode his philosophy towards life.

In the book, the writer given the details about Virat’s success curve by using statistics that chart his performances and anecdotes from his predecessors and contemporaries in the game.