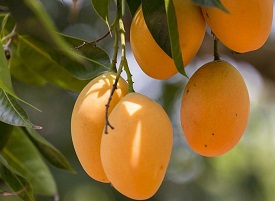 Swachh Survekshan 2017 rankings have been released.

What do you need to know about Swachh Survekshan 2017?

Swachh Survekshan 2017 started by the Ministry of Urban Development during January – February 2017 to monitor the improvement in Sanitation.

And also based on making cities and towns Open Defecation Free and improvement in processing of municipal solid waste.

World Press Freedom Index for the year 2017 has been released.

What do you need to know about the World Press Freedom Index?

World Press Freedom Index is published annually by Reporters Without Borders (RWB) since 2002.

It measures the level of freedom available to journalists in 180 countries using the following criteria:

India is ranked 136, three points down from last year.

Finland ranked the No. 1 position due to political pressure and conflicts of interests.

It has some of the most dangerous countries for journalist: Pakistan (139), Phillippines (127) and Bangladesh (146).

The Banganapalle Mango has received a Geographical Indication (GI) tag, making Andhra Pradesh the proprietor of the variety known for its sweetness.

What do you need to know about these mangoes?

Banganapalle mangoes have been grown for over 100 years in Andhra Pradesh.

The primary centre of origin of the fruit is Kurnool district comprising Banaganapalle, Paanyam and Nandyal madals.

A GI tag indicates that the product comes from a specific region.

A GI tag certifies the origin of a product or produce from a particular region as the quality or other features of the product are suitable only to the place of its origin.

Due to Samajwadi Party (SP) has split, Shivpal Yadav announced the launch of a new party.

The party name is “Samajwadi Secular Morcha”, which will be headed by Mulayam Singh Yadav.