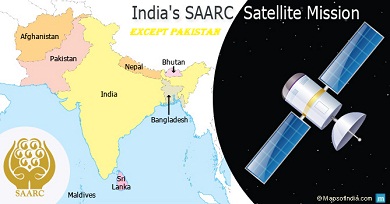 On the occasion of Basava Jayanti on 29th April 2017, PM Modi released the translated volumes of Vachanas in 23 Indian languages.

Basavanna was a 12th-century philosopher, statesman, Kannada poet and a social reformer during the reign of the Kalachuri-dynasty king Bijjala I in Karnataka, India.

He introduced new public institutions such as the Anubhava Mantapa or called as the “hall of spiritual experience”.

This Mantapa welcomed men and women from all socio-economic backgrounds to discuss spiritual and mundane questions of life, in open.

In November 2015, the Prime Minister of India Narendra Modi inaugurated the statue of Basaveshwara along the bank of the river Thames at Lambeth in London.

May Day – International Workers Day – May 01

International Workers’ Day, also known as Labour Day in some countries, is a celebration of labourers and the working classes.

The first May Day celebration in India was organised in Chennai by the Labour Kisan Party of Hindustan on 1 May 1923.

The party leader Singaravelu Chettiar made arrangements to celebrate May Day in two places in 1923.

The South Asia Satellite, is all set to be launched into orbit on May 5, 2017.

Nepal, Bhutan, Maldives, Bangladesh and Sri Lanka are already on board of the mission. Afghanistan is in the process of inking the deal.

That means seven out of eight SAARC countries are a part of the project except Pakistan.

What you need to know about the satellite?

GSAT-9 is a Geostationary Communication Satellite with the objective to provide various communication applications in Ku-band with coverage over South Asian countries.

According to ISRO, GSLV-F09 mission is the eleventh flight of GSLV and its fourth consecutive flight with the indigenous Cryogenic Upper Stage (CUS).

The satellite is used for:

Connectivity among the countries of South Asia region.

Provide a significant capability to each of the participating countries in terms of DTH.

Joshna Chinappa won the Asian Individual Squash Championship 2017 by defeated the Dipika Pallikal Karthik in the Women’s final in Chennai.

With this, Joshan made the history by becoming the first indian to won this Asian Squash title.

Joshna Chinappa is a squash player based in India.

Joshna was the first Indian to win the British Squash Championship title in 2003 in the under 19 category and was also the youngest Indian women’s national champion.

She is the first Indian to break into the top 10 in the PSA Women’s rankings.

Dipika came to prominence in 2011, when she won three WISPA tour titles to attain a career-best ranking of 13th.