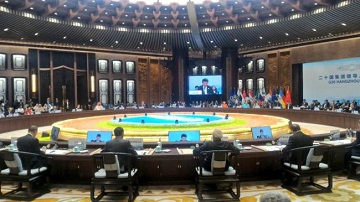 India becomes Net Exporter of Electricity for the first Time

During the current year 2016-17 (April to February 2017), India has exported around 5,798 Million Units to Nepal, Bangladesh and Myanmar.

Export to Nepal and Bangladesh increased 2.5 and 2.8 times respectively in last three years.

Ever since the cross border trade of electricity started in mid-Eighties, India has been importing power from Bhutan and marginally exporting to Nepal in radial mode at 33 kV and 132 kV from Bihar and Uttar Pradesh.

On an average Bhutan has been supplying around 5,000- 5500 Million units to India.

At present around 600 MW power is being exported to Bangladesh.

Export of power to Nepal is expected to increase by around 145 MW shortly over 132 kV Katiya (Bihar)– Kusaha (Nepal) and 132 kV Raxaul (Bihar)– Parwanipur (Nepal).

The Central Electricity Authority of India (CEA) is a statutory organisation constituted under section 3(1) of Electricity Supply Act 1948, which has been superseded by section 70(1) of the Electricity Act 2003.

The CEA advises the government on matters relating to the National Electricity Policy and formulates short-term and perspective plans for the development of electricity systems.

The CEA is also responsible for concurrence of hydro power development schemes of central, state and private sectors.

The first two G-20 FWG meetings under the G-20 German Presidency have already been held at Berlin in Dec 16 and at Riyadh in Feb 17.

Since the inception of the FWG in 2009, this is the fourth occasion that India is hosting this meeting.

With this, 26 states have joined the scheme.

UDAY provides for the financial turnaround and revival of Power Distribution companies (DISCOMs), and importantly also ensures a sustainable permanent solution to the problem.

Subscribe our Newsletter to get Daily TNPSC current affairs MARCH in English and Tamil on your Inbox.