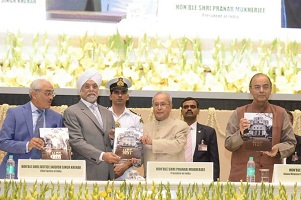 The missile was fired against a live low flying high speed target during the firing out in the Arabian sea.

Barak Class Missiles are jointly developed by Israel and India.

Being compiled since 2013, the Energy Architecture Performance Index (EAPI) is a composite index that focuses on tracking specific indicators to measure the energy system performance of 127 countries.

It has 18 indicators defined across the three sides of the ‘energy triangle’ — economic growth and development, environmental sustainability, and energy access and security.

India has marginally improved its position to 87th place this year.

India ranks among the worst in the world for pollution.

India has some of the lowest scores in the EAPI for CO2 emissions from electricity production and PM2.5 levels (117th and 123rd, respectively).

Switzerland topped the annual list and was followed by Norway, Sweden, Denmark and France in the top five.

Overall, some of the largest consumers of energy such as China (95th), India, Japan (45th), the Russian Federation (48th) and the United States (52nd) have either slipped in the rankings or experienced only marginal gains.

The President of India, Shri Pranab Mukherjee inaugurated the ‘World Conference on Environment’ in New Delhi on March 25, 2017.

This conference was organized by the National Green Tribunal, which facilitating this forum for wide ranging discussions on environmental issues of universal concern.

A financing agreement for the “Uttarakhand Health Systems Development Project” was signed with the World Bank.

The objective of the project is to improve access to quality health services, particularly in the hilly districts of the State, and to expand health financial risk protection for residents of the State.

The project has two main components, (i) Innovations of engaging the private sector; and (ii) Stewardship and system improvement.

What are the Naval systems:

The Naval Systems handed over to the Indian Navy are USHUS-II Submarine Sonar, Directing Gear for Hull Mounted Sonar Array, and RLG based Inertial Navigation System for Ship Applications (INS-SA).

Gallium Nitride technology – helps in development of next generation radars and for application in Light Combat Aircraft.

Secure IP Phone – provide a high level of secrecy to voice and data, for communication of strategic and tactical plans of the Armed Forces.

Subscribe our Newsletter to get Daily Tnpsc current affairs mar in English and Tamil on your Inbox.