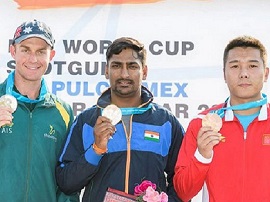 Amendment to ‘The Right of Children to Free and Compulsory Education Act, 2009’

The Union Cabinet has approved the amendment to Right of Children to Free and Compulsory Education (RTE) Act, 2009.

The amendments are aimed at ensuring that all teachers, in position as on 31st March, 2015, acquire the minimum qualifications prescribed by the academic authority to extend the period for such training for four years up to 31st March, 2019.

This would also ensure that all Teachers would attain minimum qualifications as considered necessary to maintain the standard of teaching quality.

This would ultimately result in improvement in overall quality of teachers, teaching processes and consequently learning outcomes of children.

This will also reinforce the Government’s emphasis on improvement of quality of elementary education.

The theme for this year’s World Meteorological Day is “Understanding clouds”, which highlights the enormous importance of clouds for weather climate and water.

He was conferred with an award plaque along with a cash amount of Rs 1 lakh.

In the event organised by the Gandhi Peace Foundation at the India International Centre, veteran journalist Kuldip Nayar was present to bestow the award named after him.

He was also nominated as a Member of the upper house of the Indian Parliament in 1997.

Subscribe our Newsletter to get Daily Tnpsc current affairs Marin English and Tamil on your Inbox.