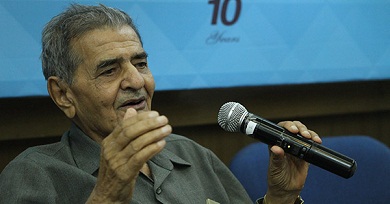 India’s longest road tunnel connecting Chenani and Nashri in Jammu and Kashmir will ready to be opened.

This engineering marvel is being called the ‘Tunnel of Hope’ in Kashmir.

The structure ensuring all-weather connectivity will reduce the distance between Jammu and Kashmir by 38 km.

It has taken nearly six years for the project’s completion, since the work started in May 2011 in the lower Himalayan mountain range.

It runs between from Dadar to Borivali stations.

Medha has been manufactured by the Integral Coach Factory (ICF) in Chennai, which has installed LED lighting to reduce energy consumption.

This will save energy by approximately 30-35% as compared to the existing rakes. This rake has in-built systems to minimise breakdowns during the travel

It is the only manufacturer of rail coaches located in Chennai, Tamil Nadu, India.

It was established in 1952, is owned and operated by the Indian Railways.

He is also known as “Chanakya of Odisha Politics”.

He was a former IAS Officer.

He was also known as the “Father of Indian Meteorology” and “Monsoon Man”.

He was the first proposed the link between El-nino Phenomenon and Indian Monsoon in 1982.

Sikka joined IMD in 1954 before moving to the Indian Institute of Tropical Meteorology in Pune, from where he retired as its director.

Subscribe our Newsletter to get Daily Tnpsc Current Affairs Marin English and Tamil on your Inbox.