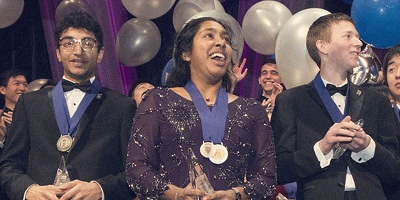 Tamil Nadu Government has decided to replace the State Planning Commission with a Development Policy Council in consonance with the Centre’s approach in doing away with distinction between plan and non-plan allocations.

This was announced by the States Finance Minister D. Jayakumar during his budget presentation in the state assembly.

The state government welcomed the Centre’s move, it would simplify the budgetary process and keep the focus firmly on the functional classification of expenditure.

The National Health Policy, 2017 was approved by the Union Cabinet, two years after a draft copy of the bill was circulated among stakeholders.

After considering suggestions from the public, state governments and others, the new policy will replace the previous one, which was framed 15 years ago in 2002.

It intends on gradually increasing public health expenditure to 2.5% of the GDP.

It focusses on primary health care: The policy advocates allocating two-thirds (or more) of resources to primary care. It proposes two beds per 1,000 of the population to enable access within the golden hour (the first 60 minutes after a traumatic injury).

Reduce Under Five Mortality to 23 by 2025.To reduce premature mortality from cardiovascular diseases, cancer, diabetes or chronic respiratory diseases by 25% by 2025.

Scientists in India have uncovered a pair of 1.6 billion-year-old fossils that appear to contain red algae, which may be the oldest plant-like life discovered on Earth.

The fossils were discovered in sedimentary rocks at Chitrakoot in central India.

Topic : History – New Appointments, Who is Who?

India’s Badmint player Jwala Gupta has been appointed as the member of the governing body of Sports Authority of India (SAI).

She is also a 2010 Delhi Commonwealth Games champion and a silver medallist at the 2014 Glasgow Games in women’s doubles.

Indrani, student at the Academy for Medical Science Technology in Hackensack, won the prestigious high school science and mathematics competition for her new research on treating brain injury and disease.

Another Indian-American Arjun Ramani won the third prize worth of $1,50,000.

Arjun won the award for his project on networks using mathematical field of graph theory and computer porgramming.

Indian-American Archana verma took the fifth place award of $90,000 for research that could lead to the development of windows that could produce solar power.

Indian-American Prathik Naidu won the seventh place worth of $70,000 for a software to study human genomes and cancer.

Indian-American Vrinda Madan won the ninth place award of $50,000 for her study of medications for malaria.

Subscribe our Newsletter to get Daily Tnpsc Current Affairs Marin English and Tamil on your Inbox.