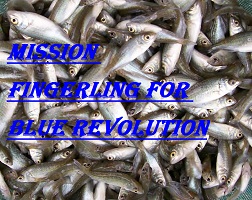 15 March is World Consumer Rights Day (WCRD), an annual occasion for celebration and solidarity within the international consumer movement.

It marks the date in 1962 President John F Kennedy first outlined the definition of Consumer Rights.

It is an opportunity to promote the basic rights of all consumers, for demanding that those rights are respected and protected, and for protesting the market abuses and social injustices which undermine them.

Theme of this year : “Building a digital world consumers can trust”

WCRD was first observed on 15 March 1983, and has since become an important occasion for mobilising citizen action.

Recognising the potential and possibilities in the fisheries sector, Government of India has envisaged a program “Blue Revolution” to unlock the country’s latent potential through an integrated approach.

Blue Revolution, in its scope and reach, focuses on creating an enabling environment for the socioeconomic development of the fishers and fish farmers.

Productivity enhancement shall also be achieved through Production of quality fish seeds, Cost effective feed and adoption of technology etc.

It need to establish more hatchery to produce Fry/PL required for different categories of water bodies.

Fish Fingerling production is the single most important critical input visualised to achieve fish production targets under the Blue Revolution.

This program will facilitate the establishment of hatcheries and Fingerling rearing pond to ensure the fish production.

Topic : History – Appoinments, Persons in News & Who is Who?

The US Senate has confirmed Indian-American Seema Verma for a top health care position in the Trump administration.

Verma, who has been described by the White House as the “unquestionably qualified” first generation Indian-American, was confirmed by the Senate.

A health policy consultant, she is known as the architect of health care reforms in several states, including Indiana.

The government has launched a new scheme Trade Infrastructure for Export Scheme (TIES) for developing export linked infrastructure in states with a view to promote outbound shipments.

Topic : History – Appoinments, Persons in News & Who is Who?

Justice Sharma was a former Judge of the Gauhati High Court.

It is an Anti Corruption Ombudsman organization in the Indian states.

The LokAyukta, along with the Income Tax Department and Anti Corruption Bureau, mainly helps people publicise corruption among the Politicians and Government officials.

Maharashtra was the first state to introduce the institution of LokAyukta through The LokAyukta and UpaLokAyukta Act in 1971.

Subscribe our Newsletter to get Daily TNPSC Current Affairs Marin English and Tamil on your Inbox.