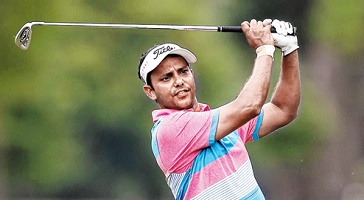 Topic : India and its Neighbours

Bangladesh taking a resolution declaring March 25 as Genocide Day, in remembrance of the atrocities carried out by the Pakistani Army in the night of March 25, 1971.

Operation Searchlight began in the first hours of March 25 in Dhaka.

The Pakistan Army entered on the night of March 25, 1971, to crush the Bengali rebellion.

Because Bengalis refused to accept the military leadership in the election results of 1970 in which the Awami League got thumping majority.

Topic : India and its Neighbours

Pakistan is all set to conduct its first census in almost two decades.

Pakistan is the sixth most populous country in the world, with an estimated 200 million people, but has not held a census since 1998, despite a constitutional requirement for one every decade.

This floating platform has been indigenously developed by NETRA (NTPC Energy Technology Research Alliance), the R&D arm of NTPC, in collaboration with Central Institute of Plastic Engineering & Technology (CIPET), Chennai.

It has various benefits like conserving water through reduction of evaporation, increased generation due to cooling effect on the panels, reduced installation time and could be installed on saline water environment.

All restrictions on cash withdrawal removed from today.

The Central Bank had put restrictions on cash withdrawals and set a withdrawal limit from the ATMs and from bank accounts.

After the announcement, the decision to demonetise old Rs. 500 and 1,000 currency notes on November 8 last year.

Chawrasia is the third player to win back to back Indian Open. The other two golfers who did so earlier are Jyoti Randhawa who won in 2006 and 2007 and Japan’s Kenji Hosoishi who won in 1967 and 1968.

The Indian Open, known as the Hero Indian Open is a golf tournament on the Asian Tour that is currently held at the Delhi Golf Club.

After he turned professional in 1997, he has gone on to win eight titles on the Indian Tour, including two wins at the Indian Open.