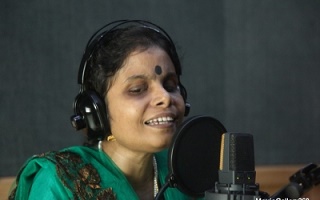 The Central government has launched the first ever across river survey in the Ganga to determine the population of aquatic life, including that of the endangered Gangetic dolphin.

The survey will create a baseline scientific data for the government to take suitable measures to improve quality of the river water.

The study will find out stretches where dolphin is habitating, what are the conditions there and the level of threat the long-snouted species.

Apart from number of dolphins, number of ghariyals and turtles in the river will also be ascertained.

Besides populace count, the study will help know distribution pattern of aquatic life in the river, extent of threat level they are facing and their habitat conditions.

The Ganges River dolphin or susu, inhabits the Ganges-Brahmaputra-Meghna and Karnaphuli-Sangu river systems of Nepal, India, and Bangladesh.

This vast area has been altered by the construction of more than 50 dams and other irrigation-related projects, with dire consequences for the river dolphins. It is classified as endangered by the IUCN.

Being a mammal, the Ganges River dolphin cannot breathe in the water and must surface every 30-120 seconds.

Because of the sound, it produces when breathing, the animal is popularly referred to as the ‘Susu’.

Union Cabinet has approved the signing of Memorandum of Understanding (MoU) between India and the United Nations Entity of Gender Equality and the Empowerment of Women (UN-Women).

The proposal seeks to provide technical support to the Ministry of Panchayati Raj in strengthening capacities of governance institutions.

Activities under this MoU will be implemented at the district and sub-district level in six States i.e. Andhra Pradesh, Telengana, Odisha, Karnataka, Rajasthan and Madhya Pradesh.

UN Women is the UN entity dedicated to gender equality and the empowerment of women.

UN Women was established to accelerate progress on meeting their needs worldwide.

To support inter-governmental bodies, such as the Commission on the Status of Women, in their formulation of policies, global standards and norms.

The week-long festival is organized at different Bhagoria markets in the form of Svayamvara or Marriage Ceremony.

Kerala’s playback singer Vaikom Vijayalakshmi created a new world record by playing the maximum number of songs in the shortest time (5 hrs) on Gayathri veena during a program in Kochi.

She played a total of 69 songs including various classical and filmy songs on the Gayathri veena became the first person to achieve this in the world.

He was first elected to the Lok Sabha in 1967, from the Puri parliamentary constituency, and was the leader of the Samyukta Socialist Party in the Lok Sabha.