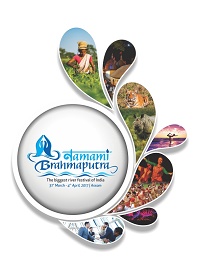 Indian Navy will set up meteorological facilities and impart training for the Myanmar Navy. This was agreed upon during a recent visit of a Myanmar delegation to Kochi. This will help the strategic cooperation between two countries.

Tirtha Darshan scheme is launched by the Haryana government. Under this scheme, senior citizens above 60 years of age of Haryana residence would be able to go on a pilgrimage within the country at government expense.

Under the scheme, the government would bear the entire cost of the tour of senior citizens belonging to Below Poverty Line (BPL) families.

Senior IAS officer T Jacob was appointed as Secretary of Union Public Service Commission (UPSC). He will hold the rank of an Additional Secretary in the Government of India.

The island nation won the prestigious award for the second consecutive year.

Operation Thunder Bird is the code name for Interpol’s multi-national and multi-species enforcement operation in India.

This operation fight against wildlife crime in the country by state enforcement agencies in the forest areas.

About this River festival:

It has specific archaeological sites, highest number of river Gangetic dolphins and it has the world’s largest one horned Rhino conservation parks.

DMRC successfully executed the task of erecting 200 U-shaped girders on the Noida Greater Noida Corridor in May 2016.

This is the maximum number of U-Shaped girders ever launched on any metro corridor in India within a month.