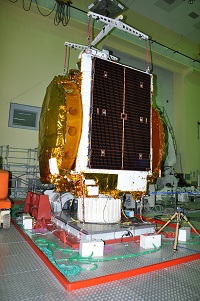 Swasth Saarthi Abhiyaan (SSA) was recently inaugurated by the government.

The SSA event is a unique initiative to address the major issues being faced by public transport drivers, with almost all of them being users of CNG (Compressed natural gas).

It is a two month long mega campaign focusing on providing preventive healthcare to the auto, taxi and bus drivers of the region.

SSA is an initiative of Indraprastha Gas Limited (IGL).

With this India has added GSAT-17 to its existing fleet of 17 communication satellites.

The satellite has been inducted into the Indian National Satellite (INSAT)/GSAT system.

It was launched into a Geosynchronous Transfer Orbit (GTO).

GSAT-17 also has equipment for meteorological data relay and satellite-based search and rescue services being provided by earlier INSAT satellites.

ISRO Master Control Facility (MCF) at Hassan in Karnataka has taken control and will perform the initial orbit raising maneuvers later. GSAT-17 has a life expectancy of 15 years.

The Union Government has appointed Shri Rajesh V. Shah as Chairperson on the Board of Governors of the National Institute of Fashion Technology.

He was appointed as per the provisions of the National Institute of Fashion Technology Act, 2006.

What you need to know about NIFT?

National Institute of Fashion Technology (NIFT) is a fashion institute in India.

It was set up in 1986 under the aegis of the Ministry of Textiles, Government of India.

NIFT was granted statutory status in 2006, empowering it to award degrees and other academic distinctions.

NASA has completed the preliminary design review of its Quiet Supersonic Transport or QueSST aircraft design.

Sharjah has been crowned with the prestigious ‘World Book Capital’ title for 2019 by UNESCO.

World Book Capital is a special name given to the city by the United Nations Educational, Scientific and Cultural Organization (UNESCO) to recognize the quality and progress of a city’s activity in books and instruments.

It is a World Book and Copyright Year from April 23 to April 22 next year.

Sharjah is a United Arab Emirates city on the Persian Gulf.

Sharjah has been chosen for the quality of its literary and cultural activities, and for its unfailing efforts to make books accessible to the entire population of the nation.

Sharjah is the 19th city to become World Book Capital.

An Oxford poet Dr Padmesh Gupta, has been honoured with a Padmabhushan Moturi Satyanarayana Award by the Indian Government for promoting Hindi literature abroad.

Dr Padmesh Gupta, is working as the director of Oxford Business College.

It recognises his commitment to promoting and propagating his native Hindi with poetry he has published.

The Andhra Pradesh State government presented Kidambi Srikanth, a cash award of Rs. 50 lakh and a 1,000 square yard plot in the Amaravati region for his back-to-back super series triumphs in Indonesia and Australia.

Chief Minister N. Chandrababu Naidu congratulated the Kidambi Srikanth for his efforts and offered him a Group 1 officer post as well.