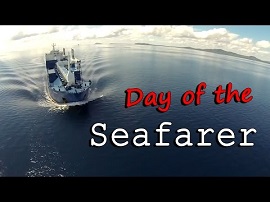 NASA is launching a sounding rocket CHESS to study vast interstellar clouds and know about the earliest stages of star formation.

What is interstellar cloud?

These floating interstellar reservoirs are the focus of the NASA-funded CHESS sounding rocket mission, which will check out the earliest stages of star formation.

What you need to know about CHESS?

The Colorado High-resolution Echelle Stellar Spectrograph will measure light filtering through the interstellar medium, which provides crucial information for understanding the lifecycle of stars.

CHESS will train its eye at Beta Scorpii — a hot, brightly shining star in the Scorpius constellation well-positioned for the instrument to probe the material between the star and our own solar system.

The federation’s original name was used since its establishment in 1973.

However their president Choue Chung-won felt that it was important to rebrand the organisation.

The change was made before the start of the 2017 World Taekwondo Championships.

He is one of among the other eight receivers of this year’s Carnegie Medal.

The award has been given to him for his efforts to reform public school system in India.

The Carnegie Medal of Philanthropy was inaugurated on December 10, 2001 by representatives of the more than twenty institutions Andrew Carnegie established all over the world.

Azim Hashim Premji is an Indian business tycoon, investor, and philanthropist, who is the chairman of Wipro Limited.

He is informally known as the Czar of the Indian IT Industry.

He was responsible for guiding Wipro through four decades of diversification and growth to finally emerge as one of the global leaders in the software industry.

The Day of the Seafarer (DoTs) was observed on 25th June 2017 by the International Maritime Organisation (IMO) with the theme ‘Seafarers Matter’.

This day is a way to recognize that almost everything that we use in our daily lives has been directly or indirectly affected by sea transport.

The purpose of the day is to give thanks to seafarers for their contribution to the world economy and the civil society; and for the risks and personal costs they bear while on their jobs.

The Election Commission has disqualified Narottam Mishra, Minister in the Madhya Pradesh government from membership of any State legislature and contesting polls for the next three years for filing wrong accounts of election expenditure.

Powers of election commission to disqualify:

Membership of the minister was revoked under section 10A of the Representation of the People Act, 1951, to be read with Sections 77 and 78 of the Act.

This relates to providing wrong information to the Commission on expenses incurred during the polls.

The Commission has the power to disqualify a candidate who has failed to lodge an account of his election expenses within the time and in the manner prescribed by law.