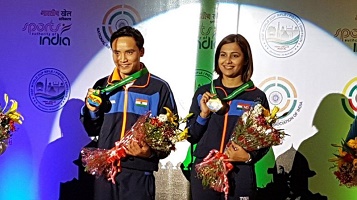 BirdLife International, a conservation organisation, has recognized three new sites in Goa as hotspots for protection.

The sites have been added to their list of “Important Bird and Biodiversity Areas”.

The inclusion of these ecological hotspots in a new book come after systematic data collection by the Goa Bird Conservation Network (GBCN).

Now, seven areas in Goa have been termed important biodiversity areas by BirdLife.

BirdLife International is a global partnership of conservation organisations that strives to conserve birds, their habitats and global biodiversity.

BirdLife International publishes a quarterly magazine, World Birdwatch, which contains recent news and authoritative articles about birds, their habitats, and their conservation around the world.

In that competition, Thailand won the silver crown.

A model of water conservation adopted successfully by the authorities in Nalanda district of south central Bihar, has been selected for the national award for excellence in the Mahatma Gandhi national rural employment guarantee programme (MGNREGP), by the ministry of rural development.

The award for excellence will be conferred on ‘Project Jal Sanchay’, the water conservation model.

‘Project jal sanchay’ was launched under MGRNREGP, to offer farmers a wide spectrum of solutions to water crisis.

Under this, check dams were created and traditional Aahar-Pyne irrigation system and traditional water bodies were desilted and renovated, accompanied by campaigns to create awareness about rainwater harvesting.

The water conservation project has not only improved the availability of water but has also positively impacted farm production in the areas covered by the project.

Venus and Harrison defeated Santiago Gonzalez of Mexico and American Donald Young in the final at Roland Garros.