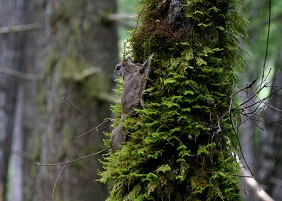 World Oceans Day is observed every year on June 8 to celebrate the resources of Ocean.

World Oceans Day is an annual observation to honor, help protect, and conserve the world’s oceans.

The ocean provides us with many resources and services including oxygen, climate regulation, food sources, medicine, and more.

World Oceans Day also provides an opportunity to take personal and community action to conserve the ocean and its resources.

Topic : Persons in News, Who is Who, Latest Diary of Events

Planet in Milky Way galaxy to be named after Sahithi

A minor planet somewhere in the Milky Way galaxy, many light years from Earth, will be called as Sahithi Pingali.

16-year-old schoolgirl from Bengaluru, whose concern and work towards the city’s polluted lakes.

She recently participated in the Intel International Science and Engineering Fair (ISEF).

This Fair is one of the world’s largest and most prestigious pre-college-level science competitions.

What she was done?

In that, she presented her paper—“An Innovative Crowdsourcing Approach to Monitoring Freshwater Bodies”.

This project is based on the clear understanding of a complex situation of lake monitoring kit she created to collect crowdsourced data on the issue.

Simply told that, it is app based system which she developed to monitor water bodies.

Her presentation and findings were so impressive that she was among the top three percent of the finalists at ISEF overall, and placed second in the Earth and Environment Sciences category.

Of the 21 awards won by the Indian contingent, three were received by Sahithi Pingali alone.

She was, thus, identified by the Lincoln Laboratory of the Massachusetts Institute of Technology (MIT), which holds the right to name minor planets.

A new species of flying squirrel has been found in the Pacific Northwest region of North America.

It’s been named as Humboldt’s flying squirrel, in honor of the great naturalist Alexander von Humboldt.

Actually, all flying squirrels are a little bit weird.

For starters, they don’t fly but glide, using a parachute-like membrane on both sides of their body that stretches from wrist to ankle.

To escape predators, they usually sail through the forest at night, foraging for berries, nuts, fungi, and birds’ eggs.

During the day they sleep in old tree holes they line with lichens and moss.

Topic : New Appointments, Persons in News, Latest Diary of Events, Who is Who?

Ruchira Kamboj has been appointed as the next High Commissioner of India to the Republic of South Africa.

She is presently Ambassador to Permanent Delegation of India to UNESCO, Paris.

She was formerly the Chief of Protocol to the Government of India, and was the first woman in the Indian Foreign Service from the 1987 batch to hold this position.

Kamboj joined the Indian Foreign Service in 1987 being the topper of her batch for that year.

She has served as the Deputy Head in the office of the Commonwealth Secretary-General, London.