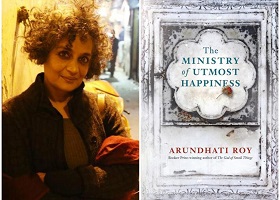 GSAT-19 communications satellite is the heaviest to be lifted by an Indian rocket till date – to an altitude of around 179km above the Earth.

It is designed to carry heavier communication satellites into the Geosynchronous Transfer Orbit (GTO).

The rocket’s main and bigger cryogenic engine has been developed by space scientists indigenously.

It will help India get a greater share of the multi-billion dollar global space market and reduce dependency on international launching vehicles.

The GSAT-19, with a lifespan of 10 years, is a multi-beam satellite that will carry Ka and Ku-band payload along with a Geostationary Radiation Spectrometer (GRASP) payload.

Of these, 313 species are animal species and 186 are plants species.

Of the new animal species, 258 are invertebrates and 55 vertebrates.

Most of the new species were from the four biological hotspots of the country — the Himalayas, the northeast, the Western Ghats and the Andaman and Nicobar Islands.

The Ministry of Utmost Happiness is about feel like transports us across a subcontinent on a journey of many years.

And understand deep into the lives of its gloriously rendered characters, each of them in search of a place of safety – in search of meaning, and of love.

Arundhati Roy is an Indian writer who is also an activist who focuses on issues related to social justice and economic inequality.

She won the Booker Prize in 1997 for her novel, The God of Small Things, and has also written two screenplays and several collections of essays.

For her work as an activist she received the Cultural Freedom Prize awarded by the Lannan Foundation in 2002.

Topic : India and its Neighbour Countries, New Appointments, Who is who?

Shri Sher Bahadur Deuba elected as the Prime Minister of Nepal for the fourth time.

Deuba, the Nepali Congress leader has become the 40th Prime Minister of Nepal.