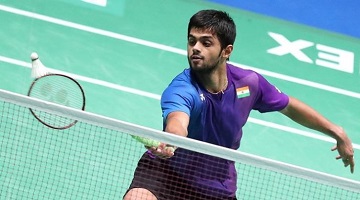 NASA is going to launch the world’s first mission to studying rapidly spinning neutron stars, the densest objects in the universe.

The US space agency plans to launch the Neutron Star Interior Composition Explorer, or NICER, into the SpaceX CRS-11, a cargo resupply mission to the International Space Station.

Aadhaar must for Atal Pension Yojana

Aadhaar has now been made mandatory to get benefits of the Atal Pension Yojana.

Those subscribing to the pension scheme will be required to submit their ID proof of Aadhaar card to get the benefits.

What you need to know about APY?

The Atal Pension Yojana became operational from June 1, 2015 and is available to all the citizens of India in the age group of 18-40 years.

Under the scheme, a subscriber would receive a minimum guaranteed pension of Rs 1,000 to Rs 5,000 per month, depending upon his contribution, from the age of 60 years.

He won the Thailand Grand Prix Gold title by this victory.

Reliance Communications (RCom) and Aircel merged together and it will be called Aircom.

The World Environment Day (WED) was observed on 5th June 2017.

The theme of this year : “Connecting People to Nature”.

The day is observed annually with an objective to encourage awareness and action for the environment protection.

This day began in 1974 as an important campaign for raising awareness on emerging environmental issues from marine pollution, to wildlife crime, to global warming and sustainable consumption.

The Union Ministry of Rural Development selected Vizianagaram as effective implementation of the Mahatma Gandhi National Rural Employment Guarantee Act during 2015-16 in the first week of June 2017.

It is selected among the 17 districts across the nation for the MGNREGA Annual Award.

The prestigious award would be presented to the district program coordinator and District Collector at the Mahatma Gandhi NREGA Sammelan in New Delhi on 19th June 2017.

Vizianagaram, a city and district headquarters of Vizianagaram district in Andhra Pradesh, had generated works for 361668 households in 2015-16 and disbursed Rs 483.42 crore as wages with an average of Rs 106.

240 rain water harvesting structures, and 440 water shed works were executed out of more than 5000 farm ponds.

In addition to that 3427 minor irrigation tanks were de-silted and restored to their original capacity.

An old Masonry Arch Bridge on Savitri and Kal River near Mahad in Maharashtra constructed in 1928 collapsed due to heavy rainfall on the night of 2nd August, 2016.

The Minister for Road Transport and Highways and Shipping, Shri Nitin Gadkari immediately announced to construct new bridge at this location within 6 months.

As announced by the Shri Gadkari, the project has been speedily rebuild on a record time of 165 days before the onset of monsoon rain with a total Cost of Rs.35.77 Cr.

The Minister for Road Transport and Highways and Shipping, Shri Nitin Gadkari and Chief Minister of Maharashtra will inaugurate the newly constructed Savitri Bridge and throw it open for the public on 05th June, 2017.