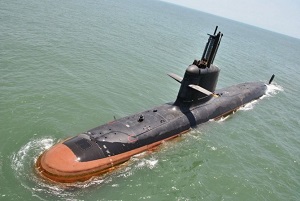 India and Spain on Wednesday signed seven agreements during talks in Madrid between Prime Minister Narendra Modi and his Spanish counterpart Mariano Rajoy.

Technical cooperation in civil aviation and between the Foreign Service Institute of India and the Diplomatic Academy of Spain.

Two agreements were also signed on transfer of sentenced persons and waiving of visas for diplomatic passport holders.

A group of researchers have discovered a new species of glass frog, of the genus Hyalinobatrachium.

This new species, Hyalinobatrachium yaku was found in the Amazonian lowlands of Ecuador.

The frog boasts green spots across its back and a red heart is fully visible due to the transparent membrane around its organs.

Nandini K.R from small village in Kolar District, has topped the civil services exams, the results of which were announced on Wednesday.

She ranked first place in this UPSC exams.

Nandini is an officer of the Indian Revenue Service (IRS), and at present undergoing training at the National Academy of Customs, Excise and Narcotics in Faridabad.

She had got 849th rank in the 2014 Civil Services Exam and was allotted the IRS.

World Milk Day is an initiative of the United Nations Food and Agriculture Organisation, to celebrate the contribution of the dairy industry around the globe on 1st June.

The Day provides an opportunity to focus attention on milk and to publicize activities connected with milk and the milk industry.

World Milk Day is a day established by the Food and Agriculture Organization of the United Nations to recognize the importance of milk as a global food. It has been observed on June 1 each year since 2001.

First Scorpene submarine Kalvari to be commissioned by July

The first of the six Scorpene submarines- Kalvari, being built in India under technology transfer is likely to join the Navy by end of July.

Kalvari is going through its final phase of trials.

What you need to know about INS Kalvari?

Kalvari is named after a deep-sea tiger shark.

The Scorpene is part of the ambitious Project 75 of Indian Navy’s submarine programme.

This type of submarine is designed to operate in all theatres including the Tropics.

It can undertake various types of missions that are undertaken by any modern submarine including anti-surface warfare, anti-submarine warfare, mine laying, intelligence gathering, surveillance, etc.

Six Scorpene submarines are being built under Project-75 by Mazgaon Docks Limited (MDL) with technology transfer from France.

All the six submarines under this projects will be indigenously built at Mumbai’s Mazagaon Dockyard Ltd.

These attack submarines have diesel propulsion and an additional air-independent propulsion.